The Director General, Bureau of physical Planning and Development Control, Tpl Waheed Gbadamosi gave the assurance while leading a Task Force Team on illegal structures and filling stations to Oyo and Ogbomoso on an enforcement exercise.

He explained that the purpose of the exercise was to ensure that the pace setter status of the state is also being maintained in its physical planning aspect, stressing that this prompted the Team to spread its tentacles to Oyo and Ogbomoso to remove some properties illegally built and those constituting a nuisance to the neighborhood.

According to Tpl Gbadamosi, “during the exercise, it was observed that the State planning laws are not being obeyed by the people living outside the State Capital. Our people believe that the arms of the law cannot reach them. The vision of the present administration to set the state to a world class standard does not condone illegal physical development in the State.

“Illegal structures portend great danger for the people. Some people built under the power lines while some have constructed their filling and gas stations in highly residential density environment without giving room for any space. This is not too good for the state and as government, we are working round the clock to militate against natural disasters. We want people to support this cause by adhering to the state planning laws,” he added.

The DG stressed that the 1978 Land Use Act provided that all lands within the territory of each state solely belong to the State Government, hence, any physical development that is being carried out in the state must be granted approval by the state government.

He urged residents both living in and outside the State Capital to take their building plans to the nearest Town Planning offices for approval as the Task Force exercise is ongoing, adding that the government will not relent in its effort to rid the state of the proliferation of illegal structures. 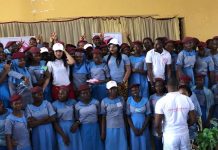 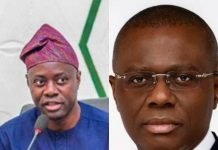 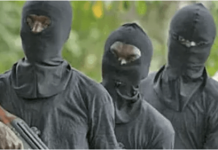