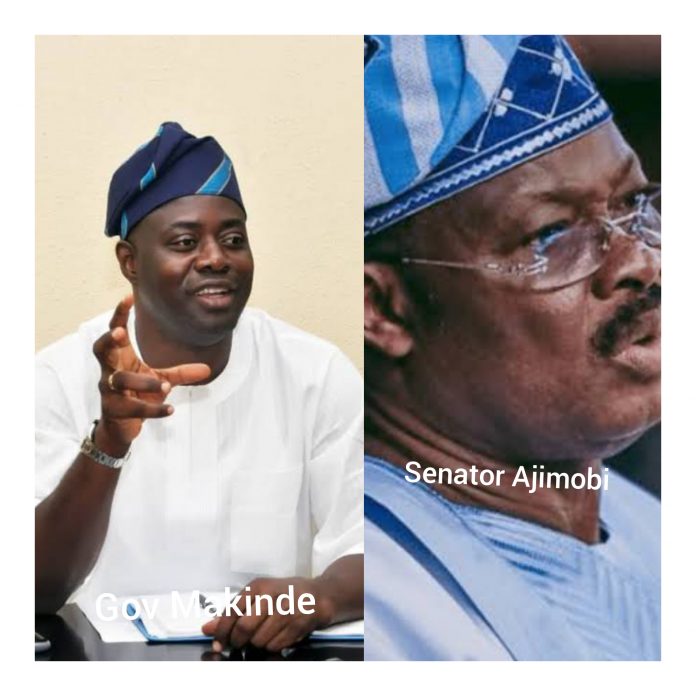 It was surreal reading the news that the Oyo State government recently revoked a number of land allocations which were done during the tenure of the last APC administration in the state led by Senator Abiola Ajimobi. It is disappointing that after all, there are elements of truth in the hues and cries about how the APC led government plundered Oyo State. More disappointing is that the former governor, through his spokesman, could even make a shameless attempt to justify why the lands in question should duly belong to him.

What sort of explanations is such that claims that a piece of land that historically belongs to the state government, one sitting the official quarters that greats like Chief Obafemi Awolowo and Samuel Akintola used as official Governors Lodge now belongs to a certain Ajimobi? I don’t want to believe that the former governor is actually tendering a defense as claimed by his spokesman. But, just in case it is true, it showcases the depravity of a reckless plunderer who but uses the cover of officialdom to mask his face to steal and pilfer, commit assault and rape, organize daylight robbery and yet, make an odious pretense of working in the interest of the people.

There is an avalanche of unconfirmed corruption allegations against APC government officials when the party reigned in Oyo State. Many of the allegations sound so ludicrous to even contemplate for a moment. But, if indeed former governor Ajimobi is making an outburst and justifying how he came across such a bounty in the 8 years that he served as governor of Oyo State, then it will be silly adventurism to hold that any misdeed is too big or too low to contrive in the period that Ajimobi’s APC ruled Oyo State.

For sure, the Makinde government did the right thing by revoking those dubious land allocations. But the state government should go a step further by proposing necessary legislations that will protect historical sites such as the piece of land that housed governors in the colonial and post-colonial era from any future land grabber disguised as governor.

The suggestion for that protective legislations becomes necessary given the fact all over the world, there are laws protecting some sites and artifacts from covetous and corrupt public officials who would more than likely use the advantage of their positions and privilege to appropriate such collectors’ item into their private estate.

There would be future governors in Oyo State, who won’t blink an eyelid before they conceive a plan to steal these lands again. Perhaps then, the thieves would be wiser or maybe the state wouldn’t be lucky to have a Makinde to protect the interest of the public as is the case in the present circumstance.

The lesson learnt from the epic movie, T’Oluwa Ni Ile by ace thespian, Kareem Adepoju known as Baba Wande is that notionally, there are always people in position of authority, who are expected to be custodians of cultural legacies but whose daredevilry to gratify their greed will push them to compromise the very trust reposed in them. Thus, it is not enough to believe that individuals won’t make an attempt the appropriate and sell a sacred land (Ile Oosa), what is more important is that the Oosa in whose interest the land exist should be potent enough to defend itself.

In this context therefore, the Oosa is Oyo State and its power to defend its interest is only in legislations that will wade off pilferers disguised as public servants who will want to steal from the very stock they are employed to watch over.

By this latest action, Governor Makinde has shown clearly that the people of Oyo State made a wise decision by his election. The controversial plot of land had been a subject of contestation amongst successive former governors in Oyo State, but while all the horse-trading lasted, the people of the state were blinded by their governments to the negotiations on how to steal and appropriate this land – yet again.

Bringing the matter to public glare this time around shows that the current government is merely interested in protecting public interest unlike many of its predecessors who apparently were after selfish interests. 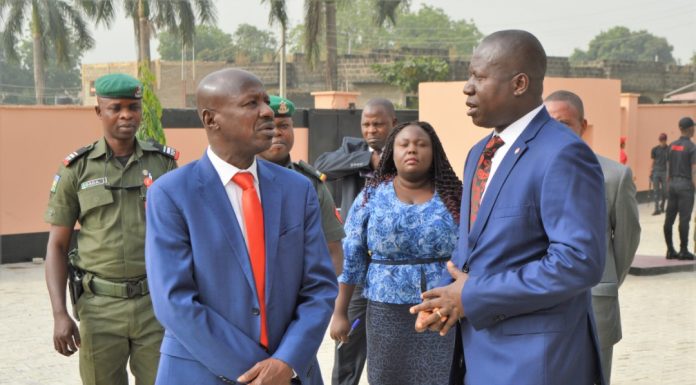 Magu In Ibadan,Vows To Bring Former Minister Alison-Madueke Back To Nigeria To Face Justice

2019: We Will not Impose Guber Candidate in Oyo – Ajimobi

A Homecoming for Atiku By Olusola Sanni