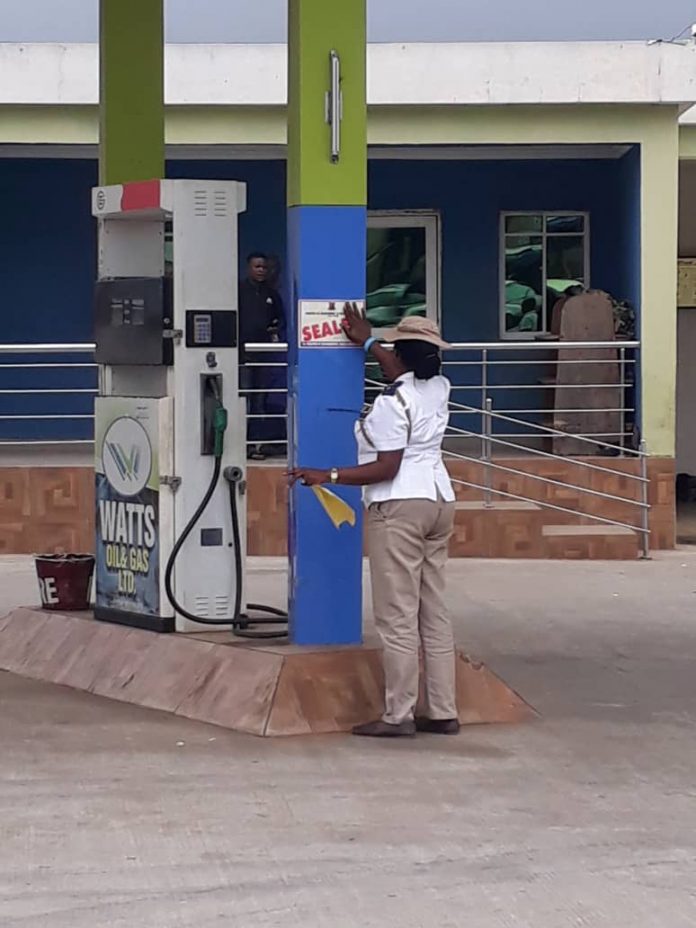 Five shops and relaxation pub were on Thursday demolished while a filling station  was sealed  by the Oyo State Government for violating the environmental law on building regulations and failure to carry out the weekly sanitation exercise.
The filling station at Orita Challenge in Ibadan was sealed for accommodating a filthy drainage lane which environmental officers alleged exposed residents to varying degrees of environmental hazards.
According to the Director of Engineering and Beautification, Ministry  of Environment and Water Resources, Engr. Moshood Adeola who led the enforcement team during the weekly environmental sanitation exercise at Orita Challenge in Ibadan, government would not relent in enforcing the best environmental culture in the people for the sake of good living.
“The disobedience of the shop owners to vacate the premises, being a set back for the road led to this demolition. Despite the abatement notices served on  them for more than six months to vacate the premises as the continued existence of the illegal structures constituted environmental  nuisance, they did not yield and we have to come and pull the structures down.
“Their offenses range from noise and air pollution, evidence of open defecation accommodating illicit drug users within the environment and that is why those shops were pulled down.
“Despite the effort of Oyo State Government in maintaining a suitable and sustainable environment for all and sundry  some people still go ahead engaging in street trading and non adherence to environmental laws.
“It is on record that this administration will not renounce its stance of zero tolerance on environmental disorderliness”  he added
Engr. Adeola added that the Government was compelled to partially demolish the structures as a warning, having served the owners series of notices which they failed to comply with within the statutory notice period
He reiterated that as soon as the State mobile court  is established, anyone caught violating the environmental  laws or causing environmental nuisance would be punished accordingly and immediately on being arrested.
“We call on those violating environmental laws or constituting nuisance to the environment to desist from the act else they would face the wrath of the government. The moment State mobile courts go into operation, it will be instant judgement for violators,”
ALSO READ  Read Reasons Why OAU Sack Professor Over Sex for- Mark -Scandal 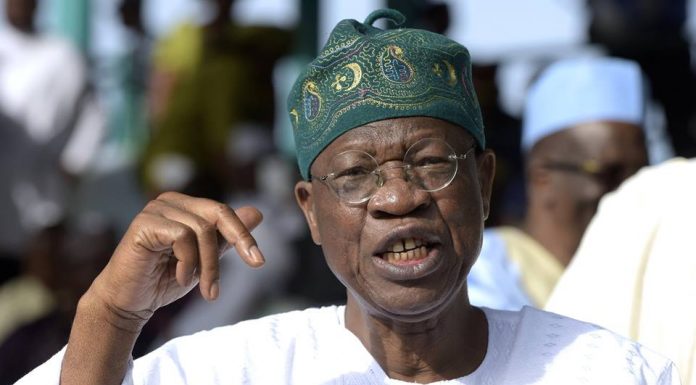