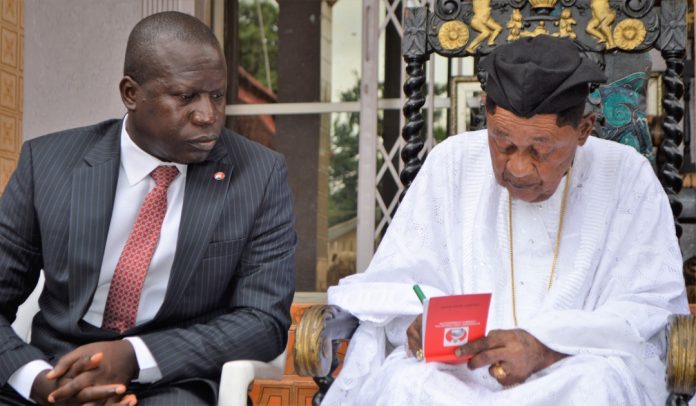 The team’s visit according to the Zonal Head Mr Friday Ebelo was at the instance of the Commission’s acting Chairman, who, according to him, has decided to engage the traditional institutions across the country in the campaign against corruption in order to get the message down to the grassroots more effectively. “The EFCC Ibadan zonal office is visiting the Alaafin of Oyo on behalf of EFCC acting Chairman, Ibrahim Magu, to rally the traditional institutions’ support in the fight against corruption and other issues coming up in recent times. We now have cyber crime and internet-related frauds that youths of late are getting themselves involved in.

“We came to intimate him with this development and solicit his support so that he can use his exalted throne to get the message down to his subjects and other people.“It is our duty to work hard and ensure a society where we can have the kind of the young ones we can all proud of.

“This is the kind of the enlightenment campaign the EFCC is embarking on aggressively. It is a fight that belongs to all of us. We are just in the forefront and we are privileged to be. We are the foot soldiers,” he said, adding that the EFCC acting Chairman will find time to visit the monarch personally soon.

According to him ,‘the eighth National Assembly tried, they did everything possible not to get (Ibrahim) Magu appointed. Why? It is because they have skeleton in their cupboard,” he declared.

While commending the efforts of the EFCC, Alaafin further noted that the recent stories of recovered stolen funds in local and foreign currencies attested to the efficacy of the Commission under the leadership of its current acting Chairman.

He added that the Commission deserved the cooperation of all well-meaning Nigerians who desire a greater days ahead for the country.

“We must encourage you. We must support you and cooperate with you, otherwise corruption will kill Nigeria.

“The fear of EFCC is leading some looters to several parts of the world. But you are after them. You are getting them. There is no hiding place for them.
“Through you, I want to commend Ibrahim Magu for a job well done,” he said.

He described the institution of Alaafin as one that is dedicated to service to the people, adding that once an Alaafin is installed, he hardly has a private life.
“Once an Alaafin is appointed, he has very little private life of his own. The entirety of his life must be lived in the service of the people. That means the core values of Yoruba, the concept of Omoluabi are ingrained in this institution.

“It our duty as traditional rulers to ensure that the values and ethics of our system are taught to our children right from their young age so that they imbibe these things into their system. It becomes part and parcel of them. If children are taught from very impressionable age those ethical values of our system, they will take and observing them.

The monarch urged all traditional rulers across the country to vigorously promote the culture and tradition of the people, saying the core values of honesty and hard work. 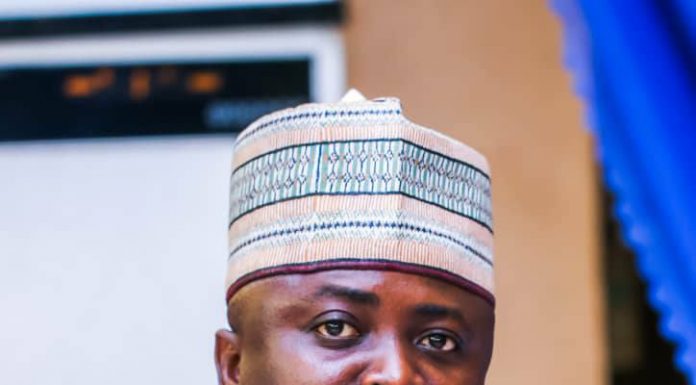