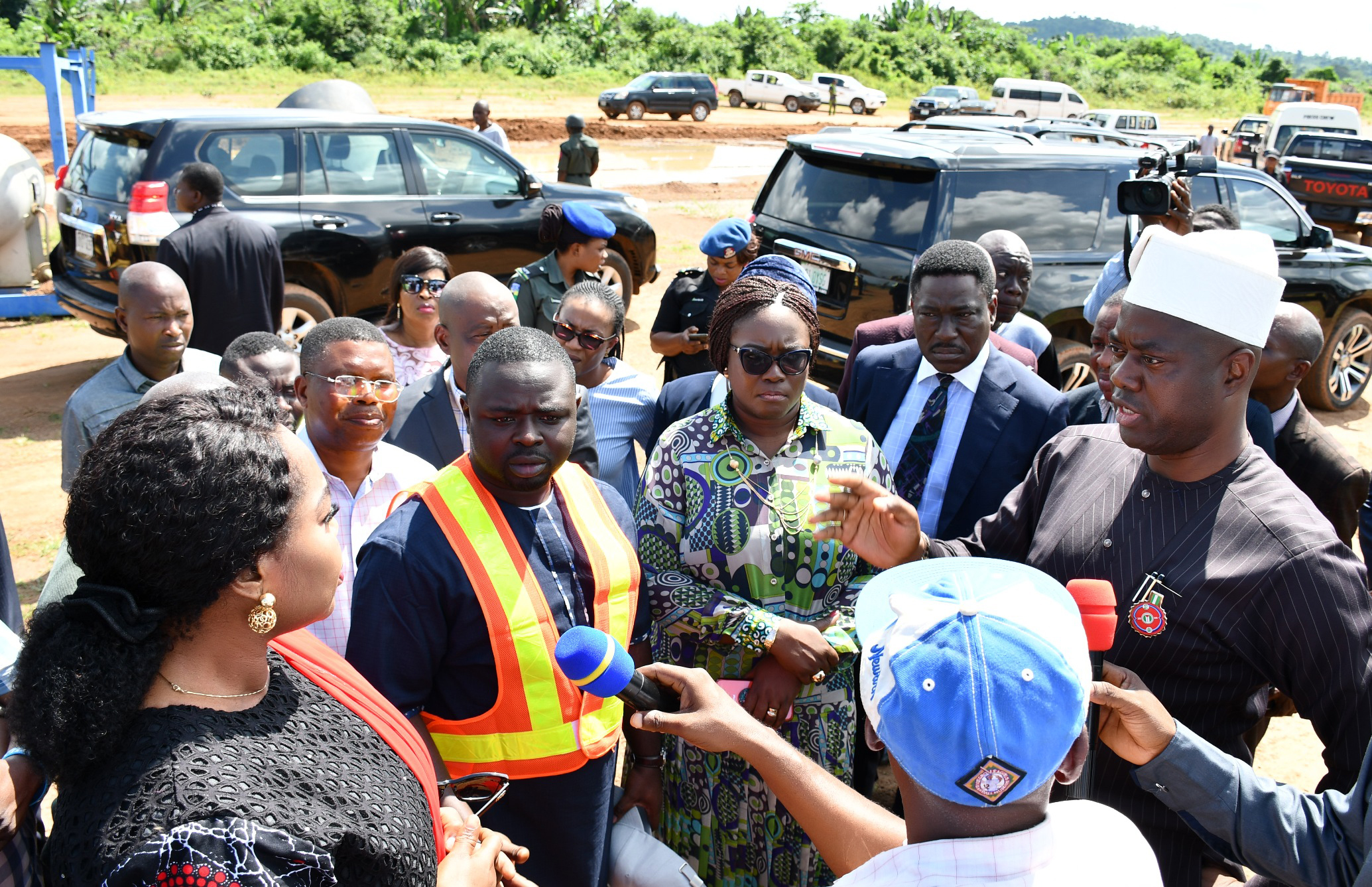 67
SHARES
328
VIEWS
Share on FacebookShare on TwitterShare on WhatsApp

The Committee which consisted of eight Engineers, drawn from all zones of the State as Engr. Aderoju A.A, the team leader, Engr. Fadare O.F for Ibadan-Iseyin, Engr. Ogunkoya O.O, Saki-Oke-Ogun zone and

The team which was inaugurated by the Commissioner for Works and Transport, Professor Raphael Afonja on behalf of the State Government on Thursday hinted that the committee was to take inventory of State hydraulics structures and bridges in their respective zones and to also make necessary recommendations for government intervention on structures in need of such.

“The team whose members are drawn from various zones in the State is to make quarterly submission of the inventory taken, which comprises of the present state of the structure with recommendations of the necessary intervention by the government, the situation report of any structure requiring swift response should, however, not be delayed till the end of the quarterly submission from them.

“We need to be proactive and not reactive, there have been situations of communities being cut off from the rest of the State as a result of bridge collapse or bad roads, and we want to prevent that from continuing,” he added.