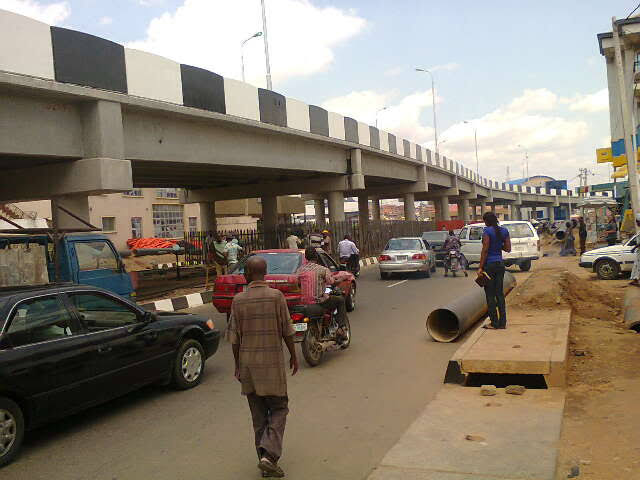 26
SHARES
0
VIEWS
Share on FacebookShare on TwitterShare on WhatsApp

The Oyo State House of Assembly has moved to evacuate the beggars and destitute from the vicinity of the Mokola Flyover and also to extend the length of the Mokola Bridge from it’s current length of divider.

The House made this move through a duo motion raised by Honourable representing Ogbomosho North state Constituency, Hon. Wunmi Oladeji on Thursday seeking the deliberation of the house ‘to cognisance of flagrant abuse of Traffic Laws on Mokola Flyover and the increasing population of destitute under and within the vicinity of the bridge to safeguard enforcement of Traffic Laws, security, peace, and tranquility’ in the state.

The motion which was seconded by the Deputy Chief Whip of the house, Hon. Yusuff Adebisi was moved to check into the act of preventing accident and traffic congestion and also to add aesthetic and beautifying value to the state.

Hon. Oladeji who granted an interview to journalist after the proceedings noted that the motion have been deliberated extensively during the 8th Assembly without any result but have been brought forward again.

“The bridge which was well organized and decorated with flower when commissioned which is suppose to serve an aesthetic purpose have turn to abode of destitute, thieves, snatchers and menace and should be get rid off as soon as possible” she said.

Oladeji further explained that reckless and impatient driver disobey traffic rule with the impunity of crossing the road at the end of the bridges rather than using the designated point.

During the deliberation, Hon. Seyi Adisa representing Afijio State Constituency suggested that the government create a rehabilitation centre to rehabilitate the beggars, for specific time and create an exit plan for them to go.

He further suggested that there should be a traffic light on Mokola flyover to reduce the traffic congestion which occur always on the route.

Majority Leader of the house and honourable representing Ona Ara state constituency, Hon. Onaolapo Sanjo while commenting on the motion said it is an embarrassment for Oyo state to have the high rate of beggars despite the fact that they have option of other trade but they prefer begging since their is no law negating them.

“We should look for a means to send them and evacuating them back to where they came from, evacuating and controlling this beggars will add a beautificating value to our environment”

Honourable speaker of the house, Hon. Adebo Ogundoyin while reacting to the motion noted that the assembly will use the first 6 months of its tenure in consulting security and law enforcement agencies to proffer a proper solutions to the case, and the second 6 months to take action.

He further promise to take necessary actions to tackle the plight.
“and evaluating our government by the end of four years will be much better than what we met.

People voted us in for better life and we won’t let them down by putting action as our government is an action driven one”
He said.