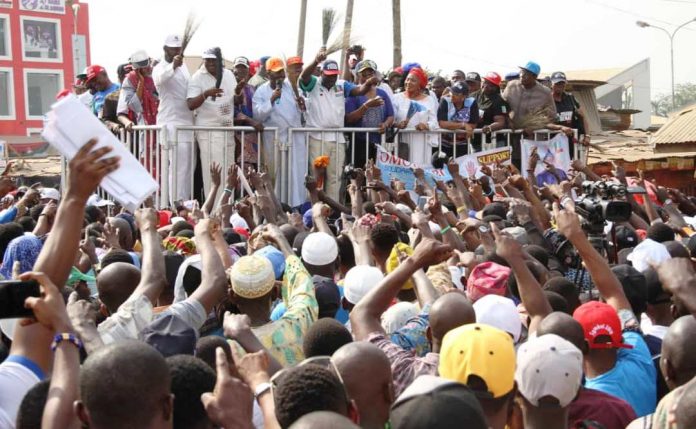 The Oyo State All Progressives Congress has dismissed the planned coalition of some opposition parties aimed at dislodging the ruling party in the forthcoming elections as a dream that will not materialize.

The State Chairman of the party, Chief Akin Oke, disclosed this during the APC campaign rally at the Plank Market, Bodija; and Yemetu, in Ibadan, on Monday.

In the campaign train led by the Governor, Senator Abiola Ajimobi, were the governor’s wife, Florence; party’s governorship candidate, Chief Adebayo Adelabu; and other party chiefs.

Addressing the APC supporters, Oke said that the people of the state would not leave the road and head for the bush or fall for the opposition gang up that would set the state backwards.

A former Governor of the State, Chief Adebayo Alao-Akala, who is also contesting the March 2 governorship election on another platform, had on Saturday vowed to lead a coalition of opposition parties to ensure that the APC was defeated in the election.

But, Oke described the statement as an empty boast of mushroom opposition political parties, which he said were on the Independent National Electoral Commission’s ballot papers to just make the numbers.

He said, “We will not lose sleep over the empty boasts by mushroom opposition parties that are just on INEC ballot papers to make the numbers. They are having a dream that will not materialize. There planned coalition will fail.

“Many of them have had the opportunity of ruling this state before and they failed the masses. The APC met the state in a mess and Governor Ajimobi cleaned it up. Our people will not allow this so-called opposition coalition to take us back to the woods.

“All we are after is continuity of good governance in Oyo State. Ganging up against APC will not yield any fruit. Nothing is as reliable and good as what God has done. Ajimobi is God’s work. Adelabu is God’s work.”

In his own address, the governor said that the APC governorship candidate was not a match to any other candidate, in pedigree and record of achievements.

With a rich family background, enviable educational and career achievements, the governor said that Adelabu towered high above others.

The governor, who is the APC candidate for Oyo South Senatorial District, added that he met a dilapidated structure when he assumed office in 2011.

For close to eight years now, Ajimobi said he had worked hard to turn around the fortunes of the state in all spheres, a feat he said had enticed other states to Oyo to copy his winning models.

Ajimobi said, “Among the candidates vying for governorship position in Oyo State today Adelabu has the best quality to lead and succeed. Is it about family background? Is it about his brilliant educational and career achievements? Tell me who among those pretenders can beat those achievements?

“Those that have been so hungry before getting to office will only get there and amass wealth and show nothing but greed. But Adelabu has been blessed by the Almighty.

“He will only get down to serious business of governance from May 29 without being distracted by vainglorious acquisition and greed. He will be focused on programmes that will help Oyo State more.

“You all can attest to the fact that we met a disorganized, violent-ridden State in 2011. We met a derelict structure, but today we have built a befitting edifice we are all proud of. I’m assuring you that Adelabu will raise this edifice to become a mansion.

“Some opposition parties are boasting that we will not return. They have boasted like this before and we beat them. We know them to be political interlopers. They go from one party to another.” 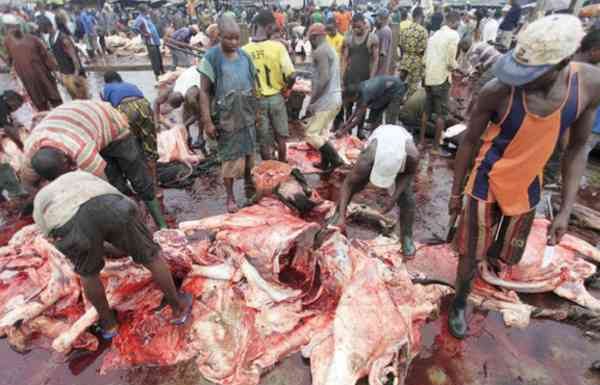 I have no hand in Hamburger’s death -MC Oluomo

Show HN: ResMaps – See who is viewing your resume are looking

Exclusion of Youths From Governance is a Crime Against Humanity-...