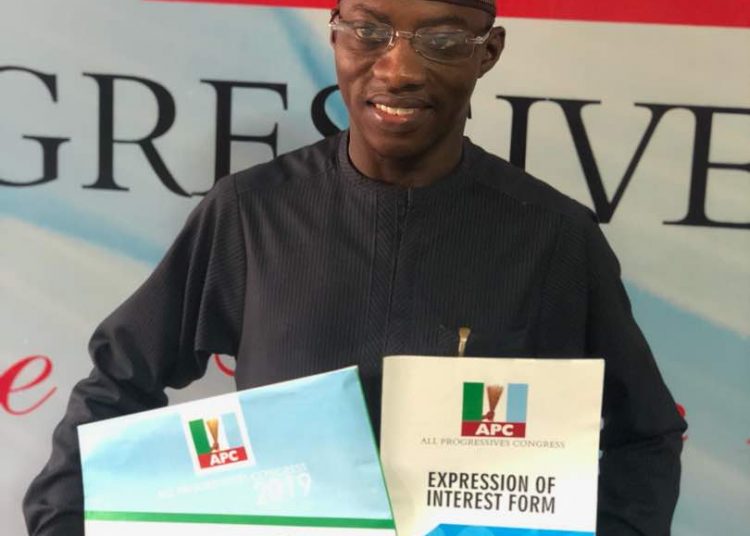 A senatorial aspirant on the platform of the All Progressives Congress, APC, in Oyo Central senatorial district, Mr. Faozey Nurudeen Oladotun, yesterday obtained forms to contest the 2019.

The 35-year old ICT guru is one of the 5 people eyeing the seat in the APC.

Faozey, who spoke with journalists after obtaining his forms, said his ambition was borne out of his burning passion and desire to turn the fortunes of his people around.

According to him, Oyo Central should not be left behind in the scheme of development.

Faozey, who has business interests in telecommunications, mining and Information Communication Technologies (ICT) companies which he started after obtaining a degree from the electrical department, University of Ilorin said he decided to throw his hat into the ring to challenge the status quo ante of the older generation who has held sway the legislative seat since the advent of the present political dispensation.

He cited the case of the banking sector, which reform was aided by the introduction of ICT tools driven by youths, Nurudeen said, the time has come for the youths with energy, passion, knowledge and ICT skills to contribute to the processes of policy making through legislative opportunities.

Saying that he has six focal points of action in the interest of young business starters and entrepreneurs in his senatorial district, Faozey, who is a member of the Presidential Steering Committee of the United Nations-WSIS implementation in Nigeria, thanked Governor Abiola Ajimobi for creating what he described as the enabling environment for his likes to want to participate actively in the political space,

He listed some of the focal areas as implementation of a workable and pragmatic template of legislative duties, setting a pace for collaborative development, facilitating and setting up an industrial free zone (IFZ) for Foreign Direct Investment (FDI), setting g up a world-class business incubator and accelerator, setting up a 0-or-single digit interest rate for start up loan for new businesses and facilitating the establishment of international healthcare centre.

He, however, urged other youths to join him in embracing politics and contribute their quota to the development of the state and improve the lives of the people