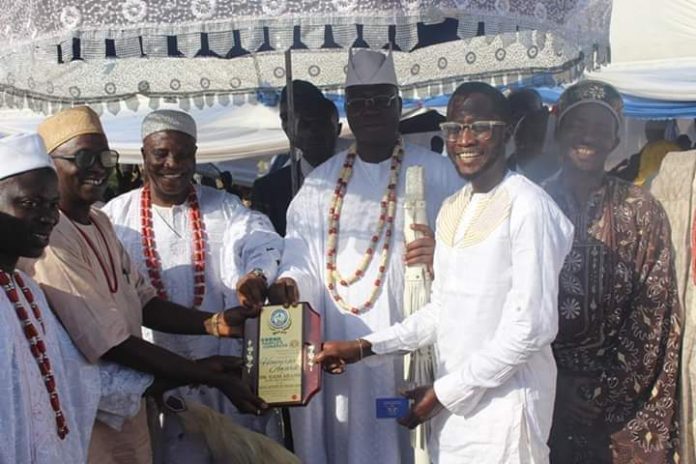 Aareonakakanfo of Yorubaland, Iba Gani Abiodun Ige Adams, at the weekend, said Yoruba Language is one of the contents of liberation for the race, insisting that no country can develop without promoting the culture, tradition and heritage of the race. 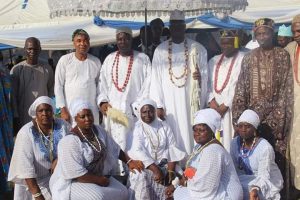 The Aareonakakanfo made the assertion in Ira, Kwara state, on Saturday during the 2019 edition of Oya Festival

Iba Gani Adams,who is also the chief promoter of Olokun Festival Foundation, (OFF) also urged Nigerians of Yoruba descent to emulate Brazil in ensuring that Yoruba takes its pride of place among all races in the world.

He applauded the good intention of the Brazilians to promote the cultural identity of the Yorubas.

“Today, Yoruba language and culture is gradually waxing stronger in Brazil and across South and North America. As much as I know, the Yorubas have failed to use their various gifts and uniqueness. This has affected us as a race. And sadly too, we have never realized the fact that we need to make the right decision on the best way to sustain our heritage and core values”

“But happily, in recent time, some of us that are keen in promoting this laudable cause are beginning to rise to the challenges”

“For those of us that have started the campaign very long ago, it is worthy of note to say it now that a few number of Nigerians of Yoruba origin have also started creating the awareness on the search for our true identity”

“Interestingly, Yoruba language has also influenced the culture of the Brazilian people. Many Yoruba words have found their ways into the Portuguese language spoken in Brazil”

“That is why we need to realise the fact that we need to be united. It is time for the Yorubas to regain the lost glory and promote the language that is even deeper in meaning than the English language than interests”

Adams, however, urged Nigerians to cultivate a new habit like the Indians and Chinese that usually use their languages to promote their culture and traditions”

“Teach Your wards the Yoruba language because they can learn and understand better with the mother tongue”,he noted.

The Onira of Ira, Oba Abdul Wahab Oyewole, in his remarks, applauded the initiative of the Olokun Festival Foundation for using Oya festival to expose the tourism potentials of the community. He said Aare Gani Adams has single-handedly raised the cultural emblem of the Yoruba race.

“Aare Onakakanfo has done well for the Yoruba nation, most especially, in the area of cultural rebirth and promotion than his predecessors. No Aare in Yoruba history has done what Aare Gani Adams has done. The late Akintola and Abiola, during their times, were influential. They did their best, but they never sought the liberty that was inherent in cultural rebirth and rejuvenation. So, with this, I am sure posterity will definitely judge Aare Gani Adams for being at the Centre of liberating the Yoruba race, by using cultural promotions as tools to liberate the race from socio-cultural bondage ”

Meanwhile, the guest lecturer,
Prince Odukoya Olabisi, said the ancient town will always remember the courage of Oya as a goodness for her exemplary disposition. He explained that Oya has remained a great model to Yoruba women.

“Oya is model to all Yoruba women. She was a great woman. I urge all women to learn from the humility and courage of this special woman. It was Oya that brought Ira to world’s reckoning”. Moreso, we can also help in liberating our race from this ugly situation only if we support the good intentions of OFF as being propagated by the Aare Onakakanfo of Yorubaland “,he said. 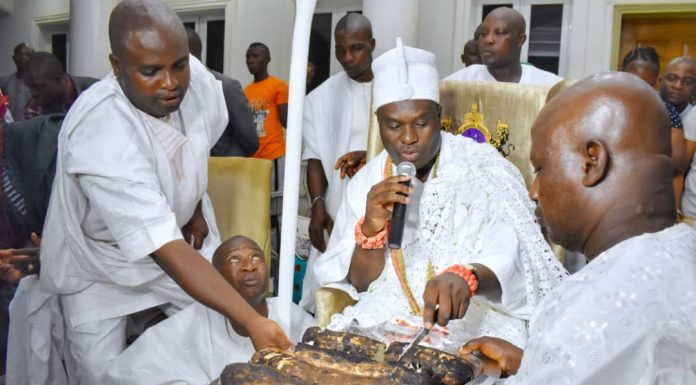 Makinde, Appeal Court And The ‘Axis Of Evil’ | By Taiwo Adisa