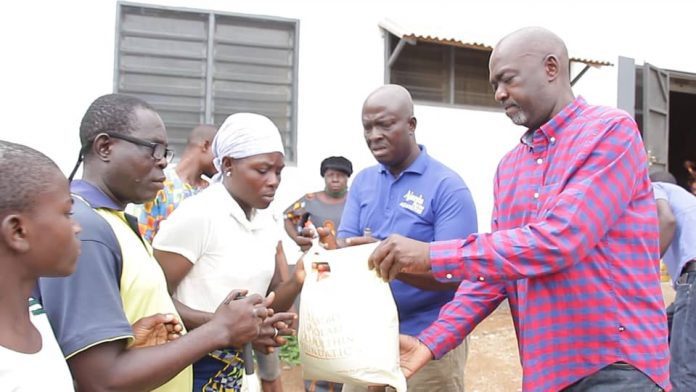 As part of its efforts to alliviates the suffering of the masses particularly during this pandemic period, Sunmbo Owolabi Olakulehin Foundation has distributed food items and provisions worth million of naira to people in order to cushion the effect of the lockdown across Oyo State

The palliatives distribution, which took place on Sunday at the Felele residence of the Olakulehin saw thousands of people from various locations across the state commending the gesture of the Olakulehin Foundation towards alliviating the suffering of the masses.

While speaking with newsmen, the initiator of the palliative packages, Barr. Owolabi Olakulehin, a former Commisioner for Water Resource under the adminstration of governor Abiola Ajimobi noted that having seen that
some people are hungry as a result of the effect of the lockdown caused by the coronavirus, that is why he decided to put smile to the face of the masses.

Barr. Olakulehin explained that the assistance he was rendering to the people came at a time where there is covid-19 and people need food to survive, adding that there is hunger everywhere because people are really hungry particularly the less privileged ones.

“We have been distributing food stuff and provisions on daily basis since two weeks ago, it was after then that we thought that may be the partial lockdown would have been over, that was why we picked today for the distribution of this palliative materials unknowing to us that the lockdown will still continues.”

“My wife has been into helping people particularly the poor in the society, I also love helping people, it means that what my wife loves doing, I like it as well, so it is a perfect match, it has been a while we started this foundation which its aim was to put smile to the faces of the people, so my wife was the main brain behind it.”

When asked if the gesture was politically motivated, Barr. Olakulehin who is also a former chairman of Ona-Ara Local Government between 1997-1998 maintained that he didn’t have any political agenda for now, saying that all what his doing was to just put smile to the faces of the masses and alleviating their suffering.

He however called on wealthy Nigerians to care for the people, adding that government should also double their efforts in assisting the masses by getting in touch directly to them, saying that although the government has been trying their best but they should do more.

Meanwhile, some beneficiaries of the food stuff and provisions, Mrs Romoke Bello and Mrs Funke Oguntayo while speaking with newsmen respectively commended the efforts of Barrister Owolabi Olakulehin towards assisting the masses, saying that other well meaning Nigerians should emulate the gesture of Owolabi Olakulehin Foundation.

“We want to thank the Olakulehin Foundation for coming to our aids particularly during this hardship period, this food stuff and provisions will go along way to cushion the effect of the lock down period as a result of the covid 19 pandemic.”

Two thousand naira each was also giving to about 50 people who were not able to collect the pack after it has finished. 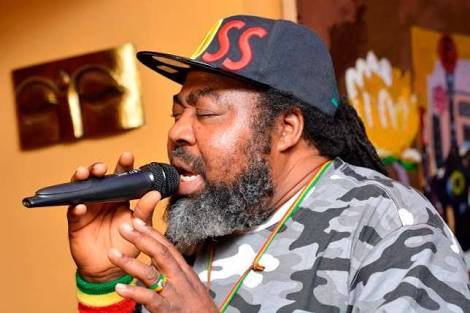 Aare Gani Adams Welcomes Twins,Says They Are Gift From God