Ogbeni Rauf Aregbesola led APC government in the state of Osun has been described as the worst and shameless government the state ever had since creation.

Dr Jide Fatokun ,media aide to Senator Iyiola Omisore , former deputy governor of the state in a press statement said Aregbesola lack moral justification to attack the PDP because his government is known for ‘squandering and plundering Osun state into unprecedented debts and agony of owing salaries and wages for years’
” No single project completed since 2010. They’ve damaged the psyche and destroyed the present and future of even yet to be born Osun Indigenes They denigrated our value cores”

” Education went from 5th position in 2010 to 29th and 33rd in NECO&WAEC.Health and human services went from the WHO/UNICEF rating of 3rd to 35th in Nigeria!Water supply,rural electrification and sanitation went down to 3% of SSG/MDGs UN rating. Infrastructures i.e Roads, bridges and airport proposition used to actually allegedly mismanage over 219billlion Naira directly.”
“Where is that developments in Osun? Falsehoods and propaganda have derided their sense of reasons Let Aregbesola and his team hurry out of Osun in September 2018.”
The statement reads further that :
“Its on record that Aregbesola never won free and fair election in Osun; He came in through the fraudulent and worsened by 2014 unrivaled Gubernatorial election rigged tagged ‘eru ibo;How Aregbesola/APC rigged 2014 Osun election”
“They are shameless and unrepentant for bringing Osun backwards of 25 years aggregate in Governance and delivery of promises! Osun voters can’t wait to flush APC and their impostors by September 2018.” 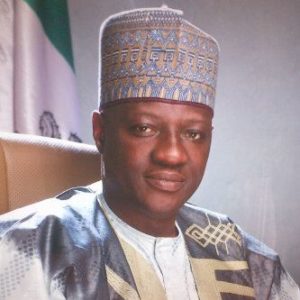