Ooni also gave the commendations during a visit to Edo Government House, in Benin City, where he also attended the birthday ceremony of the Esama of Benin.

He said the governor deserved all the commendation and support he needed to “continue in his transformative work as governor of Edo State”.

“I am sure you are applying the same principles in the public sector because the people of Edo State need you to put up a good legacy that posterity will always remember you for.

“Edo State is fortunate to have you as governor. You are forthright, disciplined and articulate in all you do. I am very positive that you are going to change the narrative in governance. We in the traditional institution should be very supportive of you. For your laudable achievements in the state, encouragements like this visit should come once in a while. You are not alone. That much I can assure you from the throne of Oduduwa.”

“Edo State is consistent and has continued to play strategic roles in this country since we became a republic. You are a very prepared and bold leader. What is critical is that you are one of the greatest financial engineers in Nigeria and I urge you to create more employment opportunities for the youths in the state as they are the future of this country. Please remain focused; complete all the good things you are doing and I assure you, history will never forget you.”

Governor Obaseki thanked the Ooni and his entourage for the historic visit, saying the revered ruler remains one of the progressive traditional leaders in the country.

He said there was a symbiotic relationship between the political and traditional institutions, noting that when governments fail, the traditional rulers suffer the burden.

He thanked the Ooni for his role in peacekeeping in the country, saying “You have been a bridge-builder and transverse the length and breadth of this country, getting people to believe in this country.” 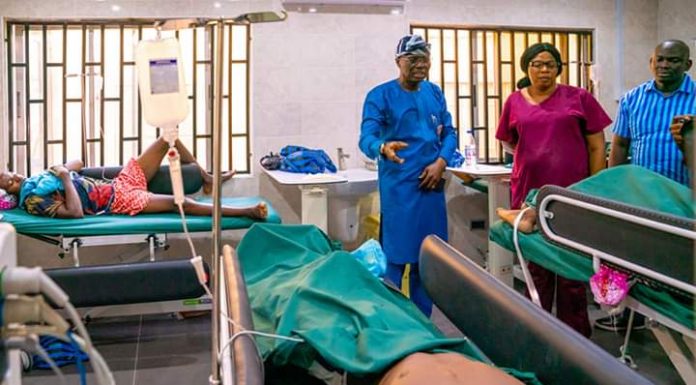