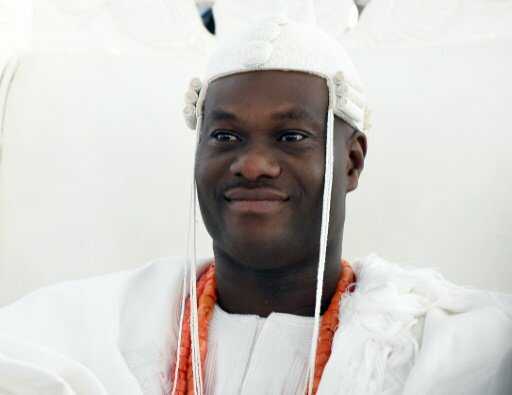 The Ooni of Ife , Oba Adeyeye Ogunwusi, Ojaja 11, has urged the Federal Government to tackle the current security challenge in Nigeria.

Ooni gave the advice when the Minister of Interior , retired Gen. Abdulraman Dambazau , paid him a courtesy visit at his palace in Ile-Ife on Monday.

“God is not happy the way Boko Haram and herdsmen are killing innocent people in Northern part of the country,’’ he said.

According to him, the blood of the innocent ones will surely call for vengeance as at when due.

“And any nation that is fond of shedding blood of his citizens always invites the wrath of God upon the country.

“How can some people take it upon themselves as a matter of duty in slaughtering human being as if they are killing dogs to make sacrifice unto “Ogun” the god of iron,” Oni said.

The royal father canvassed for peaceful coexistence among Nigerians, saying Nigeria would survive the current security challenge only if the people maintain peace with one another irrespective of religion or ethnicity.

Earlier, Dambazau commended Ooni for maintaining peace and orderliness in the state.

He said that Ooni had bridged many gaps among traditional rulers, by traveling far and near for peace and tranquility to reign in the country.

The minister commended the royal father for contributing his quota to the development of the nation by empowering youths, widows and women among others on agriculture, ICT, health, transport and education.

Dambazau said President Muhammadu Buhari was trying his best to bring the current insecurity to an end.

The minister appealed to the public to contribute their quotas in order to the sustain the peaceful co-existence in the country.NAN

My Expulsion is Ilegal, It Cannot Stand – Kashamu Replies PDP