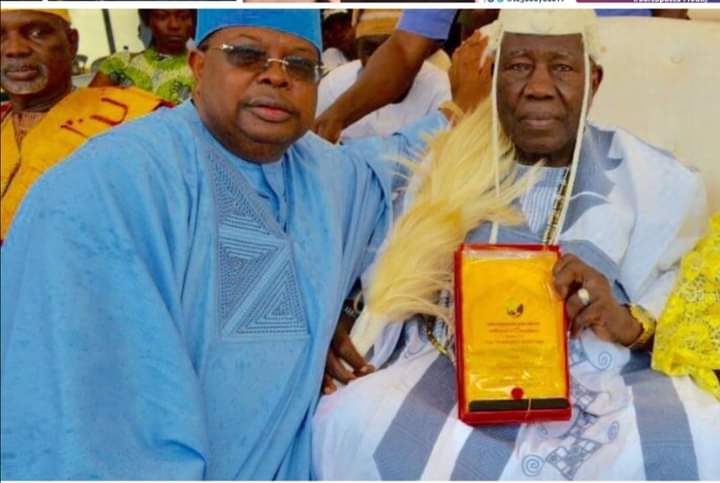 463
SHARES
4.7k
VIEWS
Share on FacebookShare on TwitterShare on WhatsApp

A chieftain of the All Progressives Congress APC Engineer Joseph Tegbe, was on Monday installed as the Mogaji of Oguntegbe’s family, Labo’s compound in Ibadan by the Olubadan of Ibadan land, Oba Saliu Adetunji.

The installation of the political chieftain puts to bed test political insinuation that rocked his 2019  guber campaign that he was not an indigene of Ibadan but hails from Edo or Delta State.

Speaking with journalists at his Bodija residence shortly after his installation, Tegbe who is a Partner and Head of the Technology Advisory Services practice of KPMG Professional Services in Nigeria noted that his installation has further confirmed good things he has done and his commitment towards the development of Ibadan land and Oyo State at large.

He said, “We are just revalidating the obvious mischievous allegations that a man that has his origin in Ibadan is not from Ibadan but come from Edo or Delta.

“This is just the beginning of greater things to come to my family and Ibadan land, my plan is to consult round to know what my people lack which I’ve already been doing through my foundation by supporting Ibadan indigenes, widows and less privileged in the society.”

On his quest to serve the state, the 54-years-old fellow of the Institute of Chartered Accountants maintained that his interest in governance has never been diminished, saying he is very keen in ensuring that the people get good governance by actively participating

He, however, thanked the Olubadan and Olubadan-in-Council for the honour by installing him as the Mogaji of Oguntegbe’s family, Labo, Ibadan.