.The Ogun State Government Tuesday set up a committee to review the contracts and projects embarked upon by the immediate past government of Senator Ibikunle Amosun in the twilight of its administration.

The state government , in a statement signed by the Secretary to the State Government, Mr. Tokunbo Talabi said the committee is to be chaired by Engr. Adekunle Mokuolu while the Director, Planning, Research and Statistics, Ministry of Works and Infrastructure, Engr. Sunday Adeyemi will serve as the Secretary.

The committee is expected to carry out the assignment in line with the following terms of reference:

To identify all outstanding significant construction/projects in the State.

To ascertain whether or not there was budgetary provision for the projects in the Budget Estimates for the year under review.

To ascertain the process of award of contracts in line with the established procedures and necessary regulations.

To determine the level of execution and quality of output of the projects.

To assess the disbursement pattern in line with the established process and procedure.

To recommend any viable pathways for the completion of project, or in alternative, determine other actions including, but not limited to reversal or cancellation of the contract that best align with the intent of the State Government.

To advise Government appropriately on such other matters considered necessary by the Committee on these projects. 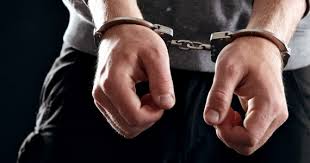