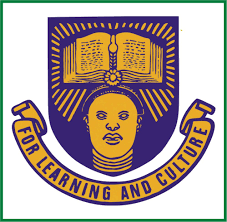 The Senate of the Obafemi Awolowo University, Ile-Ife, has condemned in strong terms the invitation and questioning of the acting Vice-Chancellor, Professor Anthony Elujoba  by the Economic and Financial Crimes Commission, EFCC.
A release by the Public Relations Officer of the University, Mr. Abiodun Olarewaju, stated that the University Senate position and resolution frowns on the allegation of purported enrichment of himself with N7 million furniture allowance and the payment of some allowance to the Workers in the University.
According to Olarewaju: “The Senate, Obafemi Awolowo University met today, Friday,16th December, 2016 to review and discuss the above issue among other things relating to the Security, Peace and Order on the University Campus and resolved as follows:
“That the three hundred thousand Naira (N300,000) to the Senior and one hundred and fifty thousand Naira (N150,000) to Junior Staff became necessary in pursuit of the general powers and mandate of the Acting Vice-Chancellor as the Chief Security Officer on Campus to maintain peace, law and order and to prevent loss of lives and property.  Moreso, this similar allowance had been paid to staff in other universities under different names and titles.
“That the payment of the said furniture allowance was statutorily approved by the Governing Council, Obafemi Awolowo University, at its meeting of 9th and 10th May, 2013 without provision for any payment pro-rata.
“That by the appointment of the Acting Vice-Chancellor through a letter reference no. FEM/HE/CH/3C/II/403 by the Government, “the Acting Vice-Chancellor is entitled to the terms and conditions of this appointment including remuneration and fringe benefits as approved by government for Vice-Chancellors of Federal Universities in Nigeria”, including the said furniture allowance.  Hence, the payment was perfectly in order.
“In the light of the foregoing, the invitation already made was considered misplaced, embarrassing and it was patently an harassment to the Senate and the University Community.  This should be stopped henceforth”.
ALSO READ  Buhari Signs Architect Reg. Council Bill, Federal University kebbi into Law
Tags: EFCCELUJOBAOAU