National Association of Nigerian Travel Agencies NANTA, has urged Governor Seyi Makinde to declared state of emergency on tourism and makes it an alternative source of income in the state.

The association also called for creating a separate ministry for Arts, Cuture and Tourism for effective operation and enhancement of domestic tourism

This was the position of the Western Zone of the Association during a congratulatory visit to the Special Adviser to Governor Makinde on Tourism Arts and Culture, Hon Akeem Ademola Ige

The Vice President, Afolabi in his address noted that the appointment of Hon Ademola Ige as Adviser on Tourism is in the right direction base on his antecedents as an administrator, lawmaker a tourism and cultural enthusiast

Dr. Olatokunbo Dagunduro, an Ex Officio in his remark lamented the negligence of tourism sector in Oyo state , saying” Oyo state is endowed with a lot of potentials but it is sad that they are not being fully utilized for economic development”

ALSO READ  This watermelon I bought on a whim is pretty good, but I can definitely imagine a better one.

Dagunduro who was the immediate past VP said further that “ It is sad to note that today the Agodi garden which was the only tourism projects of the last administration is no longer in good shape, Suspended Lake in Ado Awaye given the adequate attention it deserves, the same goes for other sites too and we believe Governor Makinde being sensitive to tourism in the state would harness the potentials for economic development

‘ We are glad with the constitution of the new Tourism Board but that board was heavily politicized, Governor Makinde need to include practitioners from Hoteliers Association Tour Operators and people that are relevant in the sector to drive the government policies and take the sector to the next level, we see your appointment as a bridge for the sector to drive smoothly .

Erelu Funmi Rotiba, the Internal Auditor of the association in her brief remark harps on the need to promote Arts and Culture, according to her, Arts and Culture drives tourism, tourist that are visiting want to see and learn part of the culture and that can be achieved through serious involvements in traditional events and festivals among others.

In his remark, Hon Ige commended the Association for their concern and promised that the state is also ready to work with them in taking tourism sector to a greater height

In creating an enabling environment to thrive, Gov Makinde has harmonized the Incoherent taxation in the hospitality sector, the road to Oke Ogun where some tourist attractions are located is being constructed and just recently we place an advert for PPP on some of our tourism sites and hotels, we have a lot of plans for the sector and I believe gradually we will get there

While cautioning them against child trafficking, Hon Ige said the government will not tolerate such inglorious act against humanity and urge them to fish out criminals who are into such heinous crime out. 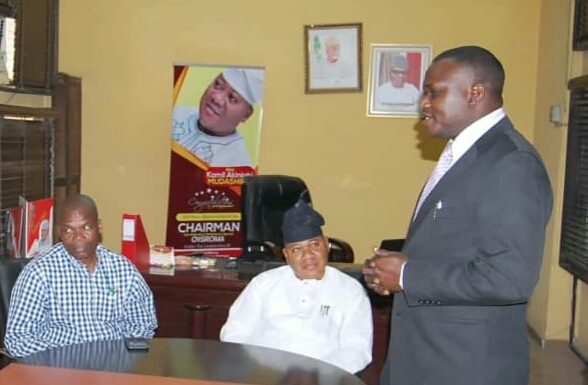 I Have Spent Over  N61bn on Tertiary, Secondary Education in 7 years – Ajimobi

Ajimobi Approves Renaming of Roads After Lam-Adesina, Soun, Others