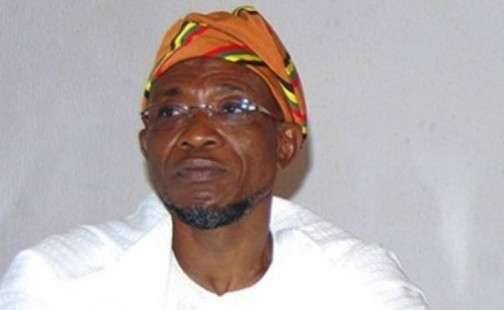 Government of Osun has on Thursday described the allegation of the Forum of 2011/2012 Pensioners that the State paid political office holders between November 2010 and November 2014 the sum of N50 million each as severance allowance as‎ preposterous, malicious and false in its entirety.

Osun Government held that It is absolutely unreasonable for anyone to suggest that a state government will give each political office holder a N50 million severance allowance at a period when every available kobo is being used to pay salaries, pensions, provision of infrastructure and social services.

In a statement signed by the Media Adviser to the Governor, Mr. Sola Fasure, ‎Government noted that severance allowance of political office holders has been set in accordance with the State of Osun Public/Political Office Holders and Revised Remuneration Package Law 2007, section 4 (1) and (2) schedule (B) which recommends 300 per cent of basic salary as severance allowance.

Fasure also noted that the recommendation was also taken on the advice from the Revenue Mobilisation Allocation and Fiscal Commission (RMAFC) which recommends 300 per cent of basic salaries.
‎
According to him, the Osun law has a proviso of beneficiaries having successfully completed a full term or on pro rata basis, after a minimum of two year period of tenure.

“With this arrangement, only the governor and his deputy are entitled to N6.6 million and N6.3 million respectively. However, the governor returned his cheque to the treasury, having waved his right to earn salary since he assumed office.

Government advised the Ilesanmi led Forum of 2011/2012 Pensioners to stop its campaign of calumny against government, hiding under the plight of pensioners, making outrageous claim and inciting the people against the government.

“He has constituted himself into an insidious political opposition, riding on the sentiment of the sympathy and respect the larger society has for retirees and senior citizens.

“Mr Ilesanmi and his group openly campaigned for the opposition party candidate in the 2014 governorship election in the state, hiding under the cloak of retirees.

“He used the same platform to openly campaign for the candidate of the same opposition party in the last senatorial election in the state, curiously only in the cities where election held.” the statement noted.
‎
Government noted that Ilesanmi as a private citizen, has a right to join any political party and exercise his freedom of association as he deems fit, but should however not drag the respectable, decent and cultured Omoluabi retirees into his filthy political waters.

Osun Government however emphasised that It is the professional duty of a newspaper to investigate a claim and establish its truth before publishing, if it wants to serve the cause of truth and justice.

“It is a cardinal principle in journalism that while comments are free, facts are sacred. A newspaper that publishes a false claim assaults the sensibilities of its readers, betrays public trust and is an enemy of the open society.
‎
“The media are therefore enjoined to first investigate and verify any claim made by any group or individual before publishing in order not to drag its integrity in the mud”.

US court strikes out card forgery case against Dammy Krane

US court strikes out card forgery case against Dammy Krane