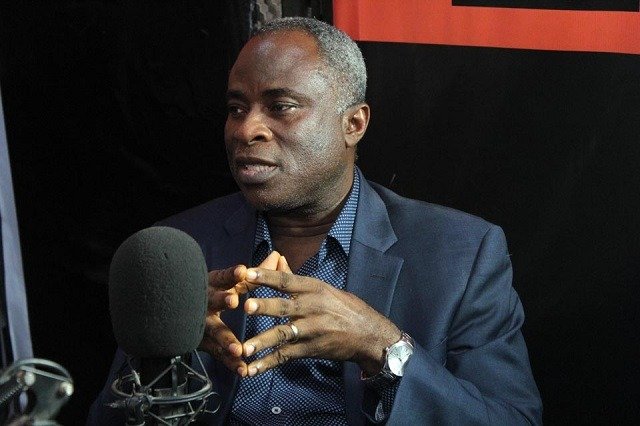 The Chief Medical Director, University College Hospital, Prof. Jesse Abiodun Otegbayo has categorically stated that his major mission is to lift the standards of health care delivery in the hospital.

This according to him will help to change the people’s perception of what UCH stands for.

He also revealed how inadequate resources and equipment are confronting the teaching hospital making it not to be able to attain world class status to take care emergency cases.

The CMD, equally revealed that the hospital has been surviving with assistance from different levels of people in the society, saying that the responsibilities are too much for the federal government alone to shoulder.

Professor Otegbayo, who made these submissions while featuring on one of Ibadan’s most popular radio shows, ‘Parrot Xtra Hour on Radio’ aired on Space 90.1FM and anchored by Olayinka Agboola  on Tuesday afternoon also revealed that the hospital has only 36-beds available at its Accident and Emergency (A&E) Department.

The CMD also disclosed that the hospital is currently having about 880 doctors including consultants, resident and junior doctors.

According to him, “there is carrying capacity of what we can do, because we belong to the federal government, there is a limit  to number of doctors and nurses we are allowed to employ. The Head of Service will tell you the number you can employ and you cannot go beyond that, though we can request for more.

“I will say here that we have ensured that despite the limited space we have at the A&E section, the place is well equipped. The good news is that there is an ongoing project there. By the time we complete it, we will have more space to accommodate accidents and emergency cases.

Otegbayo continued, “I will say here that Ibadanland alone needs nothing less than six teaching hospitals. This and more are part of the reasons why UCH is under unnecessary pressure.

He reiterated his commitment towards restoring the health institution’s old glory, adding that he wants UCH to be recognized as one of the best hospitals in the Commonwealth of nations soon.

“My dream is to see people coming in from Saudi Arabia, Ghana and other countries to seek medical attention in UCH like they used to do in those days.

“Before I entered into office, I took a step backwards and analyzed the reasons people no longer regard UCH. I wrote it in form of a proposal which I titled ‘Shared vision for excellence’. Shared vision goes with shared responsibility and everyone has a role to play – health workers, government and patients.

“My intention is to harness the collective effort of these categories of people to improve clinical services so that patients who come to UCH, will always have equal attention and feel relieved instead of thinking that it is about man-knows-man. These are things I intend to do and leave as legacies,” he said.

The CMD, also took time to talk about his experience when he was pronounced as being positive for COVID-19.

He maintained that he only observed instructions given by his doctors during the time.

“I was told by my Doctors that I should isolate myself, so I stayed at home, ate very well, took a lot of water, exercised a lot and took drugs that improved my immune system to fight the virus. After four days I was tested negative, tested for the second time and it was still negative. God also took control.”

On the issue of the much reported ‘bad blood’ between UCH and the Oyo State Government’s COVID-19 Task Force, he announced that all “issues involved have been settled. We have come to agree and we are working together now to battle the spread of the novel coronavirus.

“The present situation of things between the state government and the hospital is that we are now working together including the governor and members of the task force. All that happened have been relegated to the past, like I told you earlier, we are working together now. Though, no one is perfect but God has taken control,” Professor Otegbayo concluded.

While speaking on the purpose of establishing the University College Hospital, the CMD noted that the hospital was established primarily to train health workers, conduct research and to treat the people.

Prof. Otegbayo explained that the management of the hospital is doing enough to protect its staff with support from the National Center for Disease Control (NCDC), Oyo State government, private organizations and individuals home and abroad.

“Our officers are on the frontline battling the novel coronavirus. They must be protected. This, we are doing to the best of our ability. We have personal protective gears for them including boots, nose covers and others.”

Politicians Should  Not Be Crucified For Leaving A Party, Says Soyinka