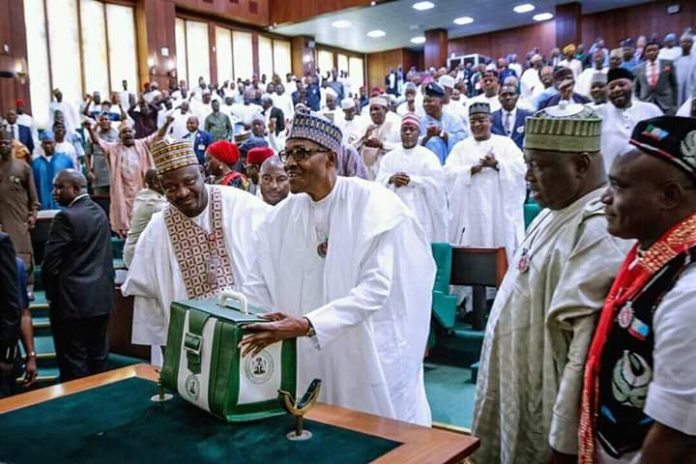 The campaign for President Mohammadu Buhari got a boost as a 30 million vote campaign was launched today in Lagos to ensure a striking victory of the All Progressives Congress candidate.

Hundreds of representatives of the Liberty Movement, a coalition of 3,000 community based organisations today in Lagos launched the campaign for 30 million voters which the group said was aimed at a decisive and overwhelming victory for Buhari.

Speaking at the event, the National Coordinator, Mr Sola Edward Ajayi Northern Co-ordionator, Aminu Salisu, Middle Belt Coordinator, Linus Dalong, the Coordinator for the South East, Sylvester Ndubuisi and Coordinator of the South-South, Mr Lucky Dokibo said the 30 million votes will be secured through massive campaigns across the 36 states of the federation and the Federal Capital Territory, (FCT) Abuja.

Addressing the media today, Mr Ajayi said “We are proud of the achievements of President Mohammadu Buhari. There are many reasons for us to support him. First is the anti-corruption drive which has recorded about 700 convictions. We are also impressed by the personal integrity of the President and his Vice President, Professor YemiOsinbajo. The two remain a source of inspiration for Nigeria and Africa.”

He said further “There are other milestones. The Internally Generated Revenue index of the country has been increased and national reserve hover around 45 billion dollars in cash and bonds.

“We cannot wish away the back to farm programme of the regime aimed at boosting local product and increasing Gross Domestic Product, (GDP). Nigeria for instance has honey bee project worth 13 billion Euro while agrarian products recorded 2.7 percent increase compared with the previous administrations.

He said under this regime, flour meals of soya beans have up to N2.59 billion while rice production has increased considerably. Even cashew nuts has received a boost with products accounting for close to I billion naira contribution to the local economy.

The group said “The Anchor Borrowers Programme (ABP) being coordinated by the Central Bank has issued assistance to the tune of N82billion with 350,000 farmers that have recorded several farm produce. The farmers have already cultivated about 420,000 hectares of land across the country.”

On transportation, it said Nigerians are impressed by the railway projects of the administration. “You may be aware of the newly approved railway projects which are the Kano-Katsina-Jibiya to Maradi in Niger Republic; the new standard gauge rail from Port Harcourt to Maiduguri passing through Enugu, Lafia, Makurdi, Gombe, with branches to Owerri, Onitsha, Awka, Abakaliki, Yola, Jalingo and Damaturu. This is apart from the Lagos-Ibadan railway which will soon be completed.

The Liberty Movement was established in 2013 as a Mass Movement to engage the democratic process. We are present in 31 states of the Federation including Abuja. Our strategy for the 30 million votes includes house to house campaign, creek mobilization, market visits, road shows, target of religious houses, target of women and students.

ALSO READ  Anti Corruption War: You are the Problem not the System Atiku Tells Buhari.

To achieve this goal, the group has divided itself into six zones where each zone will be managed by the Central Working Committee, (CWC) made up of 21 people.

The CWC will oversee the mobilsation in all the rural and urban centers across the country. We are officially going to take off with the 30million vote campaign
Ajayi said there are about 73,944,312.registered voters in the country. adding that the target is to ensure that people who collect PVCs but are not motivated by electoral politics will be reached one-on-one for their active participation in the forthcoming election. “Our campaign will be swift and decisive, it will be overwhelming.”

According to him “Our mission is to ensure the victory of President Buhari with a wide margin, the highest in the history of Presidential elections in Nigeria. We shall be involved in constructive engagement of the people across the country. That is the best way we can avoid a relapse into the past history of corruption and hopelessness. 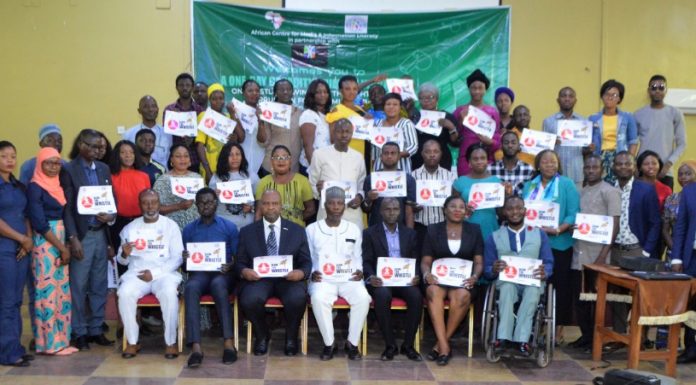