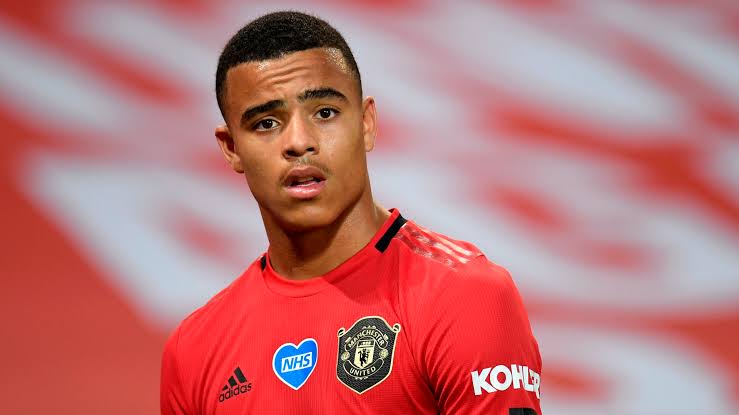 134
SHARES
739
VIEWS
Share on FacebookShare on TwitterShare on WhatsApp

Manchester United Star Player, Mason Greenwood has tendered his apologies for breaching the coronavirus guidelines after he was dropped from the England squad.

Recall that Greenwood, 18, and his England teammate Phil Foden, 20, invited two local women to the England official hotel room in Reykjavik, Iceland which is against the rules.

The FA launched a full investigation and manager Gareth Southgate said they had been sent back to England separately and banned from playing in tonight’s match against Denmark.

The Manchester United player described his behaviour as “embarrassing”, “irresponsible” and a “huge mistake”.

He said in a statement on Tuesday: “Having now had the chance to reflect on what’s happened, I can only apologise to everyone for the embarrassment I have caused.

“It was irresponsible of me to break the COVID-19 protocols which are in place to protect players, staff and the public.

“In particular, I want to apologise to Gareth Southgate, for letting him down when he had shown great trust in me.

“Playing for England was one of the proudest moments in my life and I only have myself to blame for this huge mistake.

“I promise my family, the fans, Manchester United and England that this is a lesson I will learn from.”

Southgate said the pair had “broken coronavirus guidance in terms of our secure bubble” and missed training on Monday.

He told a press conference: “They’ve been naive.

“I recognise their age, but the whole world is dealing with this pandemic and there’s responsibility on every age group in playing their part and not spreading the virus. They have apologised.”

Police in Iceland told a sport correspondent that the pair have been fined 250,000 Icelandic Krona (£1,360) for the rule breach, which must be paid by them and not their clubs.

Foden, who plays for Manchester City, issued an apology on Twitter yesterday.

He posted: “I am a young player with a lot to learn, but I am aware of the huge responsibility I have in representing Manchester City and England at this level.

“On this occasion I made a poor decision and my behaviour didn’t meet the standards expected of me.

“I breached COVID-19 protocols put in place to protect myself and my England colleagues. As a consequence I will now miss the opportunity to travel to Denmark with the squad, and that hurts.

“I will learn a valuable lesson from this error in judgement and I wish Gareth and the team good luck this week.”