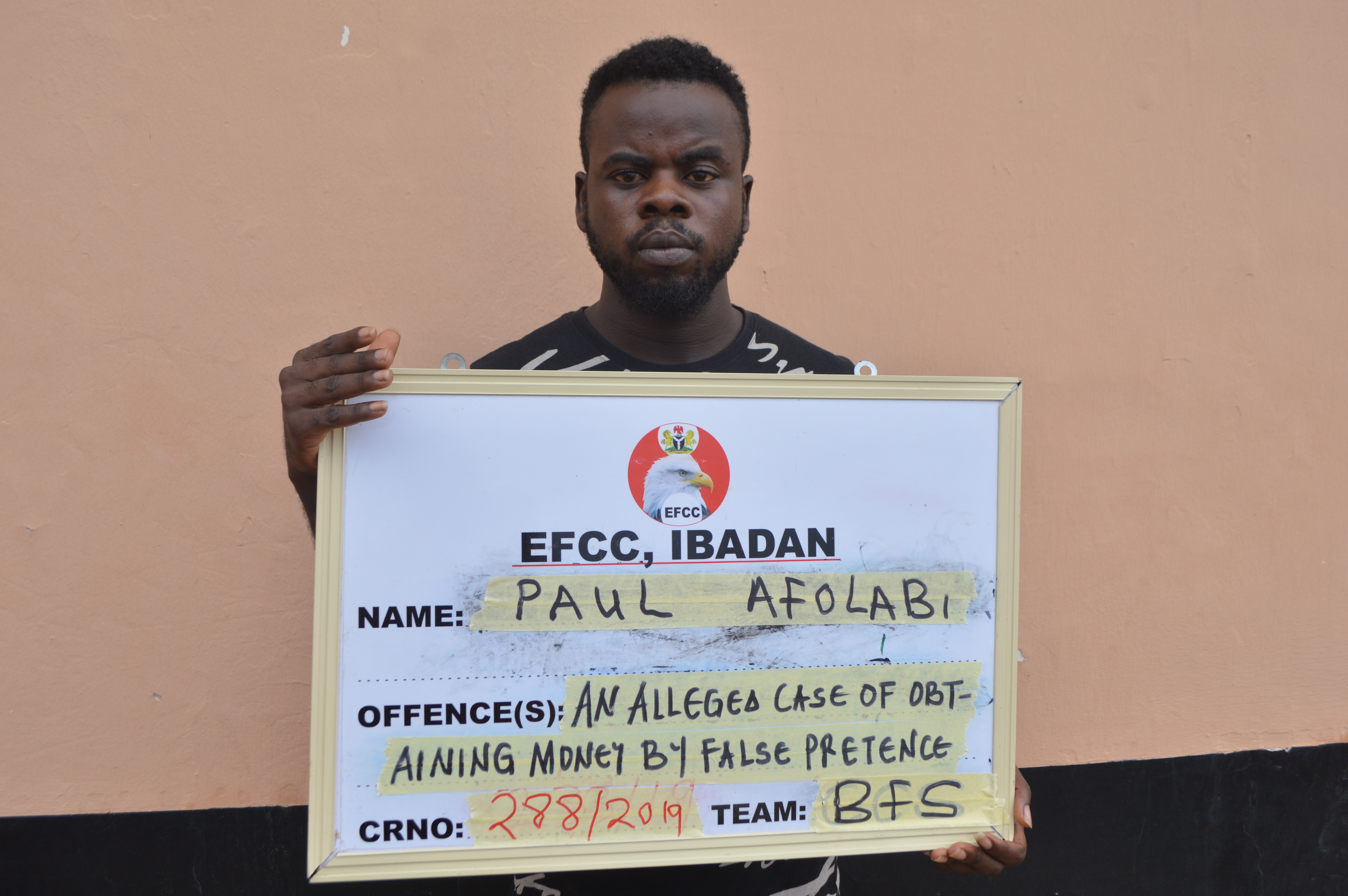 He was arraigned on a four-count charge bordering on obtaining property under false pretense.

Afolabi, who operated through the name William Sharon was arrested in Ibadan by operatives of the Commission after receiving an intelligence report dated May 10, 2018 in which he and other suspects were alleged to be members of a syndicate formed to dupe people through the use of the internet.

The petitioner had accused them of deploying fake information to obtain Itune GiftCard and Amazon Cards from foreigners.

The offence runs contrary to Section 1(b) of the Advance Fee Fraud Related Offences Act, 2006 and punishable under Section 1(3) of the same Act.

Afolabi pleaded not guilty to all the charges as they were read to him.

Following his plea, EFCC’s counsel, Abdulrasheed Lanre Suleman, prayed the court for a trial date and an order to remand the defendant in prison custody.

The defence counsel, Ololade Animasahun, however, filed a bail application on behalf of his client which the EFCC lawyer did not oppose to.

The presiding judge has adjourned till July 3 for his ruling on the bail application, while fixing commencement of trial for September 30.

He equally ordered that the accused be remanded in prison till the court decides on his bail application.