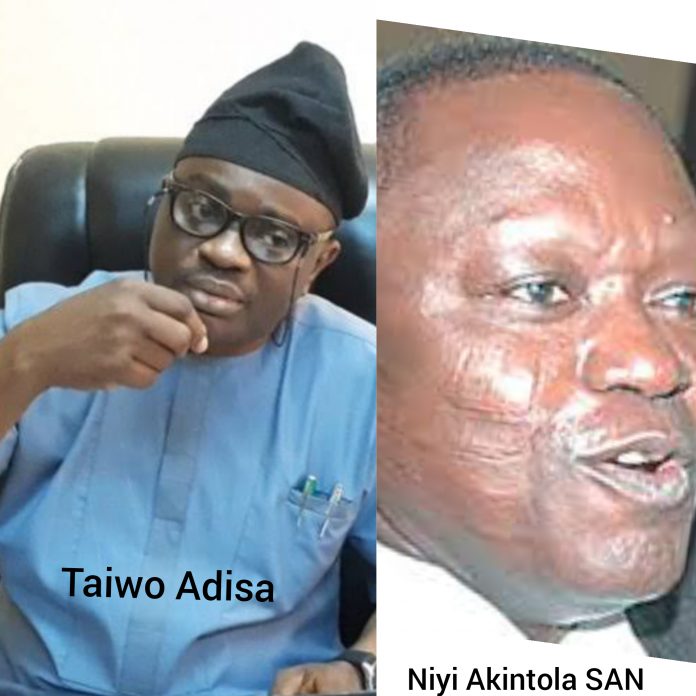 The Chief Press Secretary to Governor Seyi Makinde, Mr. Taiwo Adisa, has described comments credited to a former governorship aspirant of the All Progressives Congress (APC), Barrister Niyi Akintola (SAN), as one largely informed by bad blood and undue politicking.

The spokesman, in a statement made available to newsmen in Ibadan, stated that it was regrettable that the learned silk stood facts and logic on the head in a failed attempt to praise-sing and eulogise the same APC leaders he had rightly castigated for woeful performance in the build-up to the 2019 election

.
The statement read: “The learned silk claimed in one instance that the administration of Governor Abiola Ajimobi completed the Restoration Bridge in seven months, but facts available have shown that it took the Ajimobi administration not fewer than 13 months to complete that bridge, even with the hefty support from the Federal Government.

“He also claimed that Ajimobi followed a template already established by the former Governor Rashidi Ladoja administration. But that is certainly less than half-truth and it didn’t take much efforts for the people to decipher that the immediate past administration in Oyo was nowhere near the vision of Chief Ladoja.

“The people of Oyo State clearly gave meaning to their conjectures by loudly rejecting Ajimobi’s government and investing their votes in Governor Seyi Makinde on March 9, 2019. The governor had, during the campaigns, projected the fresh vision for political stability and economic growth in the state.

“The issue of think-tank is not a matter for newspaper or broadcast advertisement. They didn’t call it a market square body but a think-tank. If the governor does not have a think-tank, is it he (Akintola) that is not in government that would know?

“It is unthinkable for any educated person to think that another educated person would not follow procedures that are normal. What we are sure of is that people like Chief Akintola will want to keep being in the news ahead of coming elections, so, they want to say just anything, even half-truths, to remain relevant.”

“Let it be placed on record that the business of the government of the day in Oyo State is to ensure security of lives and property, enhance the health of everyone; promote free and qualitative education and activate economic growth using the Agriculture value chain as bedrock.

“It is a pity Chief Akintola is blinded to the Light-Up Oyo State project, which received special mention in the British parliament; reduced criminality and enhanced night life; the breath-taking free education policy, which is winning applauses across the country; the investment initiatives that is about to turn around the fortunes of the state’s economy; the ongoing construction of Moniya/Iseyin road; the initiatives on Farm Estates and Agribusiness and the payment of over N3 billion to pensioners in less than 12 months, whereas the immediate past administration paid N1.4 billion in 96 months of its existence.

“One also needs to put it on record that the government of Engineer Makinde is not concerned about de-marketing the APC, but serving the people to its utmost. The governor has only insisted that he will not hesitate to question any of the operatives of the past government who has issues to clear and he has remained to committed to that resolve. Certainly, only those with skeletons in their cupboards would lay claim to any form of so-called de-marketing.

“One is not opposed to Chief Akintola mending fences with his estranged colleagues in the APC, but we will not allow him use unfounded allegations against Governor Makinde as the ladder for his fence-mending activities.

”It is, however, acknowledged that he tried to be fair for once by commending Governor Makinde for the wonderful work done in rebranding the Infectious Disease Centre, Olodo, Ibadan, a Centre the NCDC has declared would not just serve the state and Nigeria, but the entire Africa 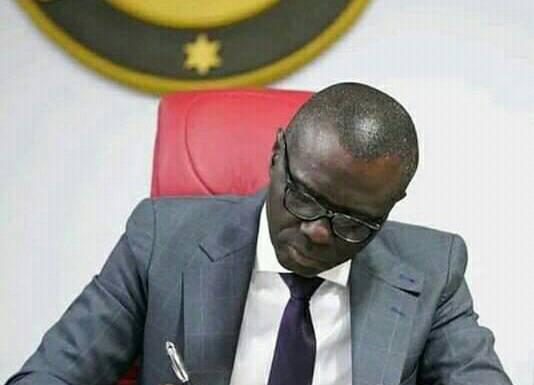