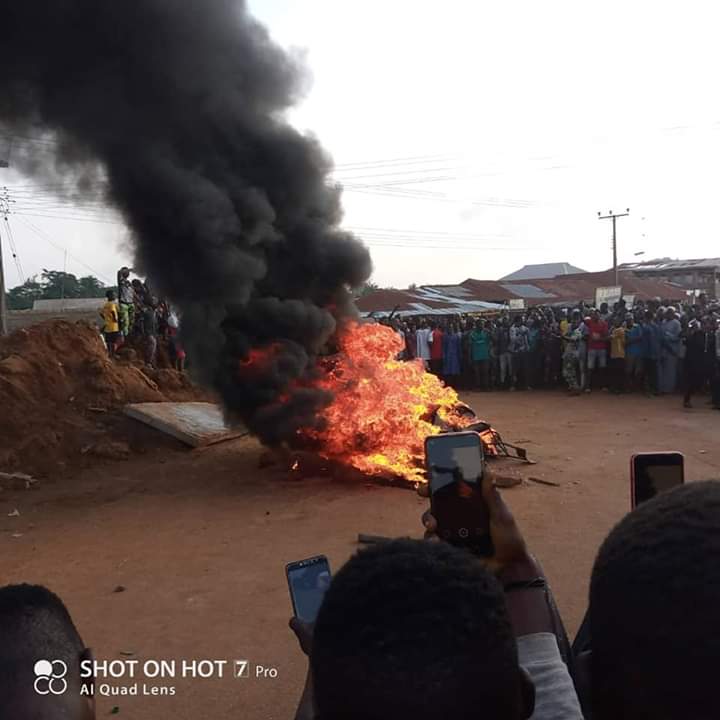 29
SHARES
361
VIEWS
Share on FacebookShare on TwitterShare on WhatsApp

It was learnt that the robbers who were seven in number uses dynamite to damage the entrance and gain access to the bank.

Three of the armed robbers were said to have escape from the scene.

Although the police is yet to confirm the incident but the robbers were set ablaze by the angry mob.