Clear indications have emerged as to why the government of Oyo State turned down the conditions submitted to it by the sacked chairmen of 33 local governments and 35 Local Council Development Areas (LCDAs) in the out-of-court settlement deal on the local government crisis in the state.

Sources close to the ongoing peace talks and out of court settlement plans told the newspaper that the governments negotiating team described the position of ALGON as “absolutist and unacceptable.”

Following the logjam over the local governments in Oyo state, the legal teams of the government and ALGON set up negotiations to amicably settle the logjam.
But sources confirmed that the position by ALGON was completely unacceptable because it was indicative of a complete surrender by the government.

SOURCES revealed how, for instance, the sacked chairmen had presented terms of settlement which were not only impossible to be met by government but also rigid and absolutist.

The sources fingered Barr. Niyi Akintola (SAN) and some other key leaders of the APC within and outside Oyo State as being behind the scheme to frustrate Makinde’s government.

According to the sources, at the meeting of the parties working on the amicable settlement, the ALGON had presented the following positions:

i.) The mandate of all elected officers i.e. chairmen and vice chairmen, councillors is sacrosanct and non-negotiable
ii.) The positions of secretary, chief of staff and chairperson are part of the office of the executive chairman and should therefore be non-negotiable
iii.) ALGON should also push for the retention of the officers on appointment such as supervisors special assistants.
But the state government’s counsel, Dr Akin Onigbinde (SAN), was said to have told ALGON that the terms they gave were absolutist and unacceptable in negotiations, as they gave no room for negotiation

The sources added that though the sacked chairmen’s camp were already divided, with a section of the chairmen willing to settle, the APC leaders whose interest Akintola represents have vowed to frustrate the process, as they are banking on the Federal Government to fight Oyo State government to a finish.

According to the sources: “You will note that at the resumed sitting on the matter on Friday, 21 February, 2020, while the counsel of ALGON, Kunle Sobaloju said his clients would study the terms of the government and give its proposal, Akintola had quickly said ALGON would not accept the terms. These were the same terms that ALGON was said to have received and were studying.

“The issue is Akintola is a meddlesome interloper in this matter. He claims to be representing the Attorney General of the Federation, who became party to the suit only because of a directive he gave on the sacked chairmen taking over LGs. Order than that, AGF has no business in whatever out-of-court settlement discussions on the LG matter and Akintola should not be speaking for ALGON.

“But Akintola is acting the script of the APC leaders at the national and state level. They have met and perfected plans to frustrate and distract Engr. Makinde’s govt. This is actually another trap after the plot to snatch his mandate through the Supreme Court failed. 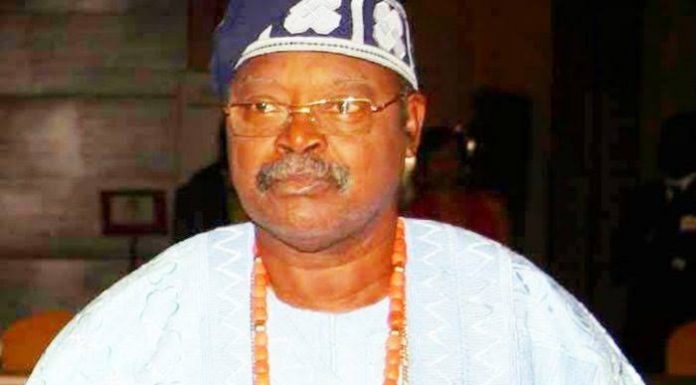