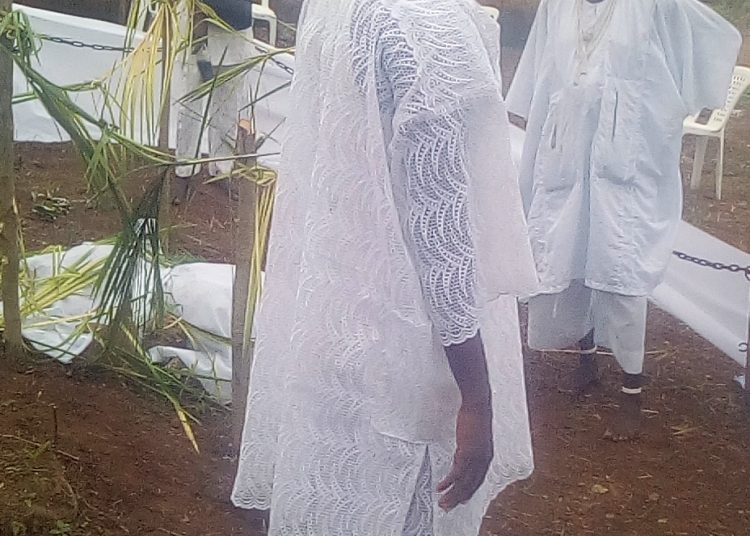 23
SHARES
5.6k
VIEWS
Share on FacebookShare on TwitterShare on WhatsApp

Members of Lagelu family of Ibadan on Thursday called on the Olubadan of Ibadanland, Oba Saliu Adetunji and the Central Council of Ibadan Indigenes (CCII) to check activities of some land grabbers, who encroachment on the family.

Lagelu, the founder of Ibadanland, was believed to had “buried himself alive” at a location around Apete-Awotan area of the town, and the spot had been designated as “Lagelu Shrine”.

But the family said land grabbers have sold the shrine to an Igbo man, who had subsequently erected a building.

The Lagelu’s family had on Thursday visited the shrine to appease their progenitor in commemoration of this year’s Isese Day.

They were, however, surprised to see an uncompleted bungalow already erected on the shrine, and many other plots sold out.

The trio called on the Olubadan and CCII to immediately intervene in the matter and call the arrowhead of the land grabbers (name withheld) to order.

The Priest, Oloye Shiyanmade, lamented that it was unfortunate that arrowhead of the land grabbers, who is not an Ibadan indigene, had the guts to instruct those he sold Lagelu’s land to write his name boldly on a signpost erected in the area.