Part of the responsibilities of the government of a state may include the creation of new things. Not only that, it must also make sure that the existing ones are preserved. Preservation can take the form of periodic check to ensure effective running, upgrade of necessary materials and repair.

There is no progress without preservation. A government that fails to undertake preservative measures has jeopardized any room for improvement and development. While the citizens perform their duty of electing representatives into power, the elected leaders are equally expected to insure satisfaction and improvement in the state.

This contract of reciprocity is to be upheld by both parties when necessary otherwise, it constitutes breach of trust. The issue of poor road transportation network in Iseyin to Oyo and Iseyin to ibadan area of Oyo state is not a new subject. Over the years ,the region Oke Ogun could hardly boast of good road.

The only region in Oyo state who has been shortchanged in terms of good road infrastructure development. One of the problems fatal to its undeveloped state is the lack of transportation system. Since last year 2018, we have called the attention of our so call representative to help in rehabilitating the death trap road of Iseyin to Oyo and Iseyin to Ibadan which they fail to do anything till this present moment that the toad is not even motorable again. On the part of the victim citizens, this has created discomfort in every conceivable way especially to business owners.

The fault of negligence can be levelled against the political leaders in the region(Oke Ogun). Who do we blame?, There is no need to look inward and mete culpability on the so called political representatives who has serially betray the interest of the people they represent under the altar of pecuniary gains and to maintain their political largesse from their respective imperial masters, some political marauders who claimed to be at the corridor of power then and now are major impediment to Oke- Ogun progress.

These people have forgotten that they can enjoy their largesse today but tomorrow of their unborn geberations shall definitely go vinegary due to their criminal silence when the need to rise to the plight of the people is very urgent. To state the obvious, those charged with the responsibility of serving the region in various capacities to ensure comfort are the region’s honourables, the federal representive, the representing senator and the governor of the state. However, it is disappointing to see that their unconcerned attitude has left a considerable part of the region without good road. Most of the dwellers could not conveniently traveled from to Oyo and also to Ibadan, the road seems to be a death trap as it is a matter of urgency needed to be rehabilitate.

This poor transportation network has crippled many businesses that has to do with transporting goods. The negligence of the leaders does not come as a complete shock, seeing that the only ‘truth’ one can record about them is a book of unfulfilled promises.

Various projects are either left abandoned or not embarked upon at all while the representatives go about boasting of moving motions at their sittings. Should this issue be considered politically or accorded the interpretations of disgruntled citizens? A common note apparent

in both is that the concerned authorities have failed to perform their responsibilities. If rehabilitate can take such protracted period, should the town (Iseyin) ever consider the feasibility of the establishment of new things? If the citizens are expected to attend to issues like this, then, there is no need for electing representatives. As things stand, there is no possibility of rehabilitation to be done any time soon.

Moving of goods and services have declined, affecting the economic growth of the town. Business which rely on transporting it and also those who their surviving lies in transporting people has fall a victim, due to the poor transportation network. The problem of poverty the government purports to fight roams the street while nothing is being done. The town, in reality, is moving backwards as against the desire for growth and progress. We are in the dark ages and our representatives are asleep away form their responsibilities.

They should remember, to whom much is given, much is also expected. I also charged the leadership of ODCF (Oke Ogun Development consultative forum) and others progressive group of Oke Ogun to also swig to action by demanding for good road transport network and infrastructure development, that “Oke Ogun lokan Agenda” should not only be what we’ll stand for..thou I belief that the development and progress of Oke Ogun is your utmost priority… Above all the government should be concerned about the welfare of it citizens! 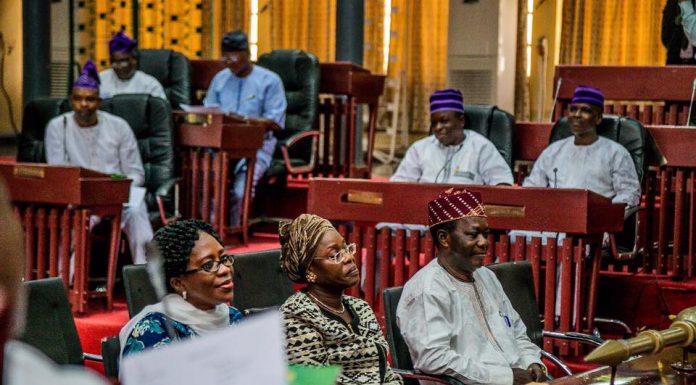