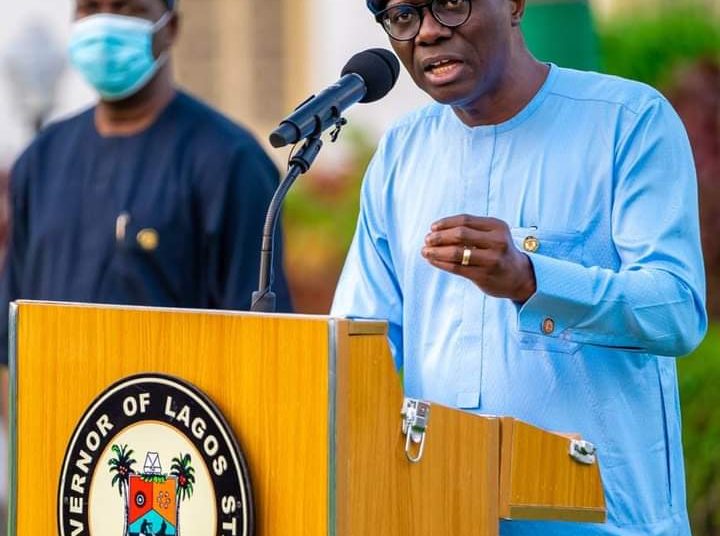 173
SHARES
5.2k
VIEWS
Share on FacebookShare on TwitterShare on WhatsApp

In a statement signed  by Gbenga omotoso commissioner for , Information and Strategy restriction time is now 8pm to 6am.

The release stated further that “Lagosians are enjoined to plan their journey times as go they go about their lawful businesses.”

The Lagos State Government has eased the 24-hour curfew which was earlier imposed on Tuesday, October 2020. The curfew will now run from 6 pm to 8 am while movement will be allowed between 8 am and 6 pm.

Governor Babajide Sanwo-Olu, on Friday, October 23, during a press briefing at State House Marina announced the ease of 24hours curfew  after a tour of the state to inspect the level of destruction of public and private infrastructure during the #EndSARS protests that later turned violent.

He said  “We have decided that we are going to be easing the curfew from tomorrow (Saturday) morning, and what that easing means is that people will be allowed to go out from 8 am to 6 pm.

“For emphasis, from 8 am tomorrow morning, you will be allowed to go out, to go wherever you wish till 6 pm in the evening,” he said