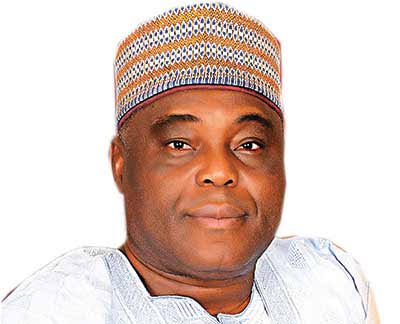 739
SHARES
4.1k
VIEWS
Share on FacebookShare on TwitterShare on WhatsApp

A trained Marine Engineer, chartered transporter and shipping consultant, his foray into the world of media and broadcasting created a revolution in the industry that promises to last for a very long time.

Dokpesi was born 69 years ago, in Ibadan and had his education in Nigeria and Poland. He worked at the Nigeria Ports Authority and later moved to the Federal Ministry of Transport as Head of the Water Transport Division. In all those years, he discharged his duties with distinction.

He was Chief of Staff to the defunct Gongola State Government and later served as Managing Director/Chief Executive of the defunct Africa Ocean Lines Limited, an indigenous shipping company. After all this, he founded the media company, Daar Communications Limited, owners of African Independent Television (AIT) and Ray Power radio.

Dokpesi is a man of many parts. He is a civil servant, businessman, media entrepreneur and politician. A gentleman and nationalist, Chief Dokpesi has always deployed his media outfits to the cause of national interest and the information and entertainment of the Nigerian people.

As a politician, he is a staunch member of the Peoples Democratic Party (PDP). Dokpesi is a man who has impacted visibly and strongly on all the areas of life he has touched ranging from the civil service to broadcasting and associated media business and marine transport. An intellectual, Dr. Dokpesi has an array of publications in the area of shipping to his credit.

ALSO READ  After consultations, Atiku Declares for President on Saturday