The Presidency on Friday took a swipe at some leaders who recently faulted President Muhammadu Buhari-led administration’s way of handling the nation’s security challenges, describing them as ‘selfish leaders.’

The leaders of some socio-cultural organisations led by the Northern Elders Forum (NEF), had issued a communique accusing Buhari’s administration of incompetence in handling the security situation in the country.

The Presidency, in a statement by the Senior Special Assistant to the President on Media and Publicity, Garba Shehu, said it considered the communique “as the shedding of crocodile tears by selfish leaders.”

The Presidency said the leaders felt alienated after “a transparent and accountable system halted their disproportionate survival on resources of the state,” and therefore urged Nigerians to ignore them.

“The Presidency urges Nigerians to ignore the unholy alliance by these groups who are stepping up their assault on the All Progressives Congress administration. The Presidency notes with dismay that the refrain about President Buhari not doing anything about security in the country had turned into the number one fake news item,” the statement read in part.

He referred to a press statement recently issued by the President’s Special Adviser, Femi Adesina, highlighting the Buhari-led administration’s achievement in tackling security challenges. Shehu stressed that those condemning Buhari’s administration should read the statement.

“The press release also noted President Buhari’s approval for the establishment of a new Battalion of the Nigerian Army, as well as a new Police Area Command, in Birnin Gwari Local Council in Kaduna State, as part of measures to scale up security in response to the banditry affecting the area,’” he said.

Shehu added that those claiming that President Buhari has not done anything about security challenge are spreading fake news being peddled by selfish politicians with interests in keeping Nigerians incensed. 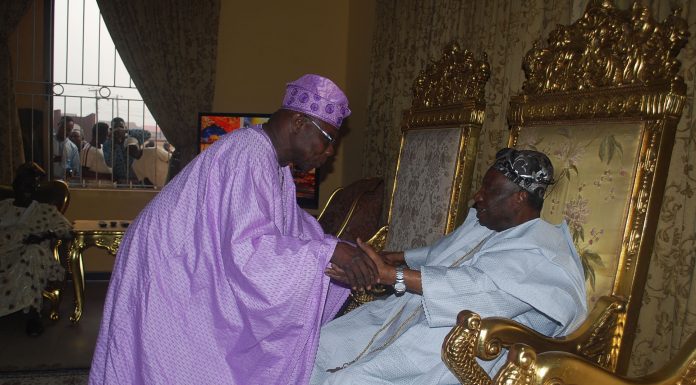 Fayose Accuses APC of plotting to starve the state of Funds