With the declaration of June 12 as democracy day, the late MKO Abiola will continue to linger on in the minds of Nigeria and Nigerians.

The Aare Onakakanfo of Yorubaland, Iba Gani Abiodun Ige made this known yesterday, in Ogba, Lagos, at the annual June 12 commemoration, organized by the Oodua Peoples Congress.

Adams, in his remarks, lauded President Buhari for recognizing the efforts of the late Abiola and several other heroes and heroines who paid the Supreme price, saying the recognition is indeed a reward for Nigeria’s democrats.

“There is no other worthy price than the one given to the memory of the late Moshood Abiola, through the declaration of June 12 as the official democracy day. In June 1993, Abiola began a process to liberate his country, Nigeria, from forces of darkness.

He took a decision in 1993 when the June 12 presidential election was annulled, and enforced this patriotic zeal when he was arrested in 1994, that never again would forces of darkness prevail over forces of light in Nigeria. For the determination of Chief Abiola and other patriots who sacrificed themselves for Nigerians to enjoy democracy today.

What is the meaning of June 12? It simply means Restoration, the day democracy was restored in Nigeria after years of military rule, years of battle with tears, sweat, toil and, even, blood. Although the journey was tough from June 12, 1993 to May 29, 1999, Abiola, activists and democrats never wavered.

Like the ‘few’ who saved Britain, Abiola and others insisted that democracy must be fully established in Nigeria and we thank God today that the process that started in 1993 has culminated in the signing into law, the Public Holidays Act Amendment Bill, by President Muhammadu Buhari.So, 26 years after that historic election in 1993 and 21 years after the death of Abiola, June 12 has, today, become what it should be: Restoration of Democracy.

“June 12 is a lesson to all Nigerians that you don’t give up a struggle. Despite its challenges, Nigerians should not give up on democracy because herein lies our future”

Adams, restated the need for restructuring, stressing that” It is a shame that in the 21st Century, states still go to Abuja, cap in hand, for monthly allocations. That action is, in itself, contrary to the spirit of federalism. Although we are in a democracy, Nigeria is still being governed through a unitary system.

So, whether we like it or not, restructuring is a must if we must honour the memory of Chief Abiola.I call on President Buhari to go a step further by ensuring that Nigeria is properly restructured.

If Nigeria is properly restructured, the spate of kidnapping, banditry, cattle rustling and clashes will become history.”

Guest Speaker, Dr. Dele Ashiru, Department of Political Science, University of Lagos, in his speech spoke about the mantra of June 12 and democratic consolidation in Nigeria.

The university don charged Nigerians to cultivate a new democratic culture that will allow transparency, and improving the Electoral processes, saying the event culminating in the annulment of June 12 1993 election was never transparent. Ashiru said the late Abiola was eliminated by a complex conspiracy by the leaders, saying the efforts of the mantra should never be in vain.

He saluted the effort of the Aareonakakanfo of Yorubaland, Iba Gani Adams for ensuring that the memories of his predecessor remain indelible. 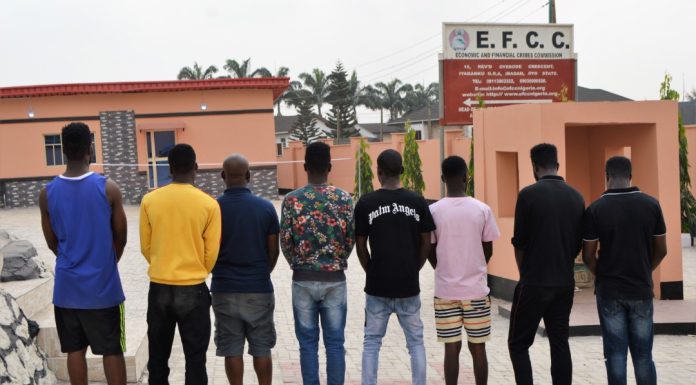 Makinde, Appeal Court And The ‘Axis Of Evil’ | By Taiwo Adisa

Full List of New Ministers And Their Assigned Portfolios