Home News IPPIS: ASUU Tell Members to Boycott Enrollment
Share on Facebook
Tweet on Twitter
The Leadership of the Academic Staff Union of Universities (ASUU) has directed its members to disregard the purported Circular from the Office of the Accountant General of the Federation to enroll academic staff on the Integrated Payment and Personnel Information System (IPPIS) from tomorrow (Monday).
ASUU stated that the same Accountant General of the Federation had challenged the Union to develop a template that accomodates the peculiarities of academic staff and present same to it.
ASUU therefore stated that her members should not submit themselves to be enrolled into slave plan of the Accountant General whose office stinks with corruption.
Chairman Academic Staff Union of Universities, University of Ibadan Chapter Professor Deji Omole stated that the Union’s leadership was still in discussion with the federal government and helping the government to develop more robust template.
According to Omole, the Vice President of the Country, Professor Yemi Osinbajo as an academic understands this peculiarities and had benefitted immensely from the peculiarities.
The ASUU boss said no ASUU member should appear before the Accountant General team until further directive of the Union.
According to him, while ASUU supports fight against corrupt, it will resist attempt by government to trample on existing University autonomy Act.
ASUU urged members to remain steadfast and stand firm to protect public universities by not filling any form or submit their bio-data for enrollment into the IPPIS.
The Office of Accountant General of the Federation through a newspaper advert had said it will dispatch her staff to Universities from 25th November 2019 for enrollment of staff into the IPPIS.
However, ASUU has described it as a scam and offered to design a template that will accomodate university peculiarities.
The Union says it is not opposed to IPPIS but the current template will undermine the uniqueness of university academic and the autonomy.
” This is to remind you that the Union’s position on IPPIS has not changed. Pending the resolution of the matter evidence, of which shall be communicated to all members of our Union, no member of the union is  to enlist on the platform. NEC position on the matter has not been reviewed, therefore  NO ASUU MEMBER IS TO FILL THE FORM or submit their bio-data before any team. We are not slaves that can can be subjected to routine humiliation from the office of the accountant general. No nation has ever developed or survived through the humiliation of her intellectuals.United we bargain, divided we beg.“
ALSO READ  Yinka Ayefele Tackles Oyo Government Over Reasons for Proposed Demolition of Music House 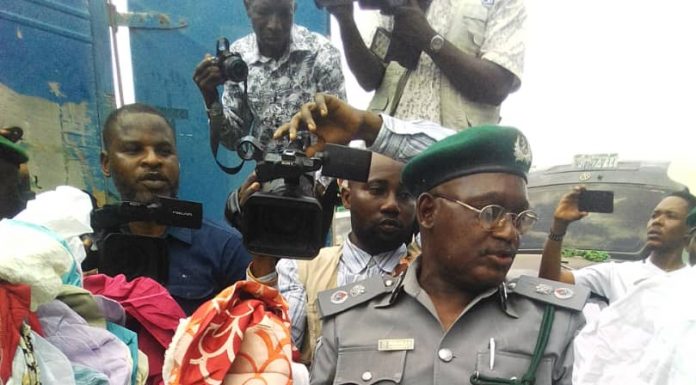