Infested Rice: You Are Blinded By Your Desperation, ‘Pull Him Down At All Cost Syndrome’-Oyo PDP Replies APC 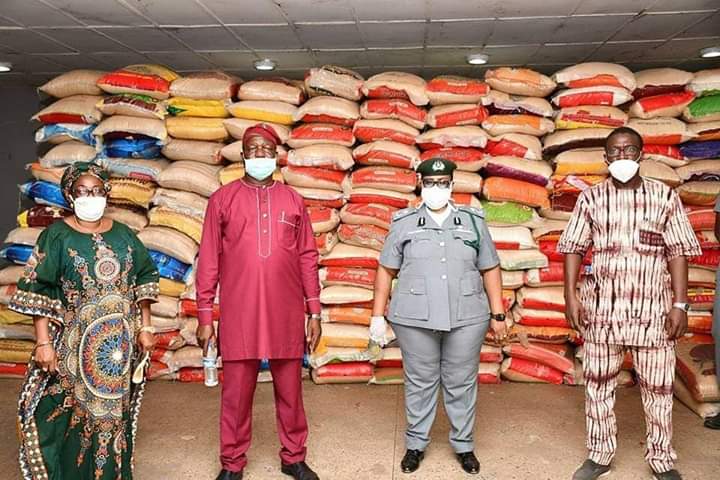 In a statement signed by the state publicity secretary of PDP, Engr Akeem Olatunji, and was made available to pressmen on Saturday (today), the ruling party accused the opposition of what it described as ‘taking too far the desperation to discredit governor Makinde’s giant strides’.

According to the statement, PDP asserted that if governor Makinde’s team led by the honourable commissioner of Agriculture, Hon Ojemuyiwa Ojekunle Jacob and the Executive Adviser to the governor on Agriculture, Dr Debo Akande, who is an expert of repute in agribusiness, had not been proactive and effective in handling of all received relief materials in the state, the opposition would still be everywhere in its desperation to pull Makinde down at all cost regardless of the governor’s giant strides.

Engr Akeem Olatunji who released the statement on behalf of PDP, queried when the Oyo state chapter of APC had become an appendage of any federal government agencies and or parastatals to be holding briefs and making press releases on behalf of federal government, stressing that it was obvious Oyo APC are yet to heal from the impact of the monumental defeat it suffered during the 2019 governorship election.

The ruling party expressed dismay at the unbridled and unquenched thirst of the opposition to remain in power after exhibiting a colossal failure in management of public resources in its eight years in office which has been adjudged by residents as ‘wasteful eight years’.

The ruling party stated that it was rather unfortunate that the opposition has allowed itself to be blinded by sheer desperation to pull down Governor Seyi Makinde at all cost, adding that the people are the ultimate decider of who becomes their governor at any election stressing that no amount of campaign of calumnies and unguarded statements by the APC could erase the untold hardship it plunged the state into during its eight years of misrule.

Engr Akeem Olatunji said that despite the difficulty brought about by corona virus pandemic, governor Makinde has continued to show exceptional courage, gallantry, and qualitative leadership by placing the welfare of the people on its topmost priority and will continue to do so because the Seyi Makinde led administration is a proactive and responsive government.

Oyo state PDP stated that government made its discovery of the infested rice public because it was exhibiting its usual spirit of accountability to the people it governs who are to become direct beneficiaries of the materials, adding that neither the federal government nor the ministry or agency in charge of the donation was yet to make a counter the claim over the rice, wondering if Oyo APC was speaking for the federal government as one of its agencies or merely playing its usual politics of deceitful propaganda aimed at what it described as ‘pull him down at cost’.

The party warned APC to desist from its insensitivity and wicked path of playing politics with almost everything including people’s lives and welfare since 2011 till date and has refused to show remorse, insisting that never has Oyo state witnessed such evil desperation by any political party since creation of the state.

The party however urged the opposition to learn from the way PDP was performing the duty of effective opposition in Lagos, Ekiti, Osun, Ogun, and Ondo states and juxtapose with the manner it was conducting itself in Oyo state.

Oyo state PDP however assured agreement between the state and the Nigeria Custom Service was already reached with a view of replacing the defected rice immediately.

The party further urged members of the public to discard APC’s statement noting that the opposition party was best known for deceits and lies without regards to logical reasoning, objectiveness and sincerity, just to satisfy its unquenchable quest to hold on to power by all means adding that Oyo state government’s plan to distribute palliative to the people would still go on as planned regardless of the turn of event.