It was reported that suspected hoodlums accused of working for one of the major political parties attacked election officials in an attempt to hijack election materials.

An eye witness  who don’t want his name in print told our reporter that the  crisis  took place in  Nkpolu-Oroworokwu community.

He said trouble started when suspected political thugs who attempted to force their way into the centre, were stopped by some unarmed police personnel at the polling units manned by INEC personnel.

“So, after the police refused them entry into the centre; the thugs resorted to throwing stones and bottles at the police personnel,” he said.

He  disclosed further that the hoodlums, thereafter, started firing gunshots into the air apparently to frighten and intimidate voters and the unarmed police personnel.

“Later, some armed policemen in their vans arrived the scene and started shooting and firing teargas to disperse the rampaging thugs.

“After dispersing the hoodlums, the police then took the election materials, INEC officials and NYSC members to their station,” Chidi said.

Agbamoro, who claimed to have witnessed the attack, said that the hoodlums came to the polling units armed with guns, machetes and bottles.

The Police Public Relations Officer, Rivers Command, DSP Nnamdi Omoni, who confirmed the violence to NAN, said the state Commissioner of Police, Zaki Ahmed, was leading a team to the affected wards

The Independent Electoral Commission (INEC)  over violence has suspended the election

Mr Obo Effanga, the Resident Electoral Commissioner (REC) in Rivers, who announced the suspension in a terse statement on Saturday night, cited widespread violence as reasons for the suspension.

Effanga stated that because the exercise was marred by widespread violence, it was suspended in accordance with Section 26 of the Electoral Act 2010.

“INEC has decided to suspend the election forthwith,’’ he said

He did not give a new date for the by-election. 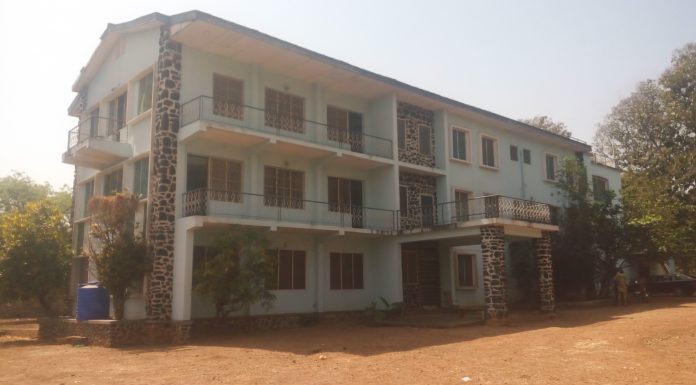 Culprit Who Leaked Draft Speech Has Been Arrested, Says Adesina