Sokoto State governor, Aminu Waziri Tambuwal, said yesterday that there is mounting pressure on him to declare for the presidency.

Tambuwal who noted that the pressure is coming from both within and outside the country, added however that he would make his position on the matter known at the appropriate time.

Speaking while addressing different associations, youth groups, students, locals as well as members of resident communities in Sokoto, he said, “I have been receiving advice and encouragement from our leaders, from different peoples across the country and even from abroad to contest for presidency and this pressure is still mounting.

“It is not my making, but there is still a quantum of pressure from everywhere because of the leadership gap in the country. Nigerians however need somebody who will respect the rule of law and who will not be selective in fighting corruption. In days to come, I will make my position public on the matter”.

Tambuwal who said he has unreserved love for President Muhammadu Buhari contrary to insinuations by some who do not mean well for Nigeria added however that it is very necessary to speak up when things are not right. While stressing Buhari is a man of integrity, he said the bitter truth however remains that age is no longer on his side to lead a country such as Nigeria any longer.

Tambuwal noted that some cabals were able to successfully hijack the government because Buhari is already old. He stated: “We love President Muhammadu Buhari and that was why we supported him in 2015 unconditionally and while doing that, we were too sure that he will seek reelection after his first term but when things are wrong we have to tell him.

“We still believe in his integrity, patriotism and courage but these are not enough for a leader. We all know that there is vacuum in government occasioned by his disposition probably because of his old age or health condition.

That is why Nigerians are yearning for younger ones to lead this country”. The governor said those speaking up against mis-governance are not enemies of President Buhari, adding that rather, they are objective citizens that believe in good governance as promised by the APC in 2015. 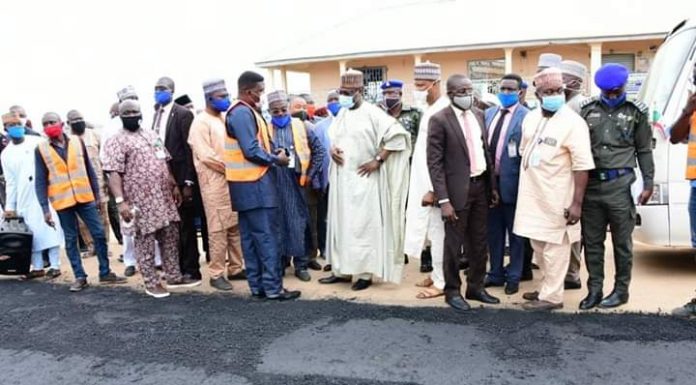 Five Years in Office: I will Complete All Projects- Gov. Bello

Prophet  Arrested for Killing Woman Friend for Rituals in Abeokuta