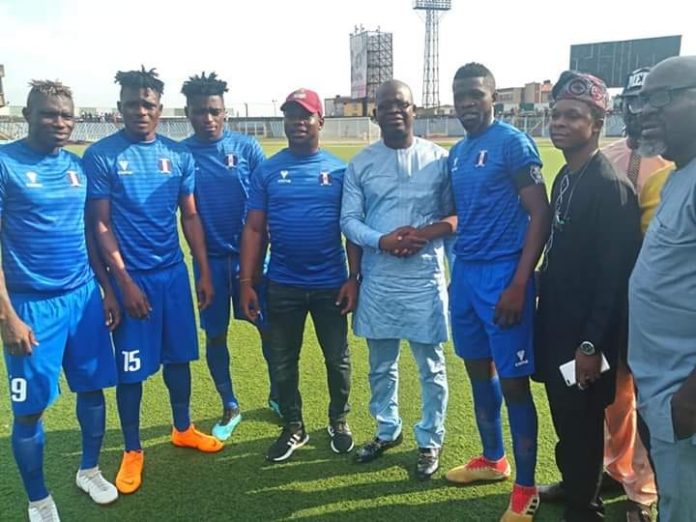 Aside from recording a resounding 3-0 victory over visiting Go Round FC of Omoku, Ibadan soccer lords, Shooting Stars Sports Club (3SC), got a monetary reward of One million naira, for their superlative performance.

The monetary reward came from the guest of honour during the Group B1, Match day one encounter, decided at the Lekan Salami Stadium, Engineeer Dotun Sanusi, the Otun Apesin of Ibadanland.

Engineer Sanusi, who is the Chief Executive, Ilaji Hotel and Sport Resort Center, Akanran, made the announcement of the financial reward during the half time of the game.

This was one of the major highlights of the encounter, watched by a large crowd.

Other highlights include, presentation of gifts to a former Chairman of 3SC, Pa Olayiwola Lakondoro and popular, age long 3SC female backer, Mrs Olubunmi Aina (Iya Shooting), courtesy of the Ministry of Youth and Sports.

There was also Man of the Match Award, courtesy of Mr Isaac Ayangbile, the vice chairman, Oyo FA, which was won by two goal hero, Opeoluwa Olufemi.

Diignitaries who watched the match include, Youth and Sports Commissioner, Mr Seun Fakorede, Special Adviser to the Governor on Youth and Sport, Mr Kazeem Bolarinwa, Senator Lekan Balogun, Honourable Oyekunle, the Chairman, House Committee on Sports, his vice, Honourable Yusuf Adebisi, permaanent secretary, Ministry of Youth and Sports, Pastor Oyadeyi, Mrs Bisi Adegoke, a director in the ministry, among others. 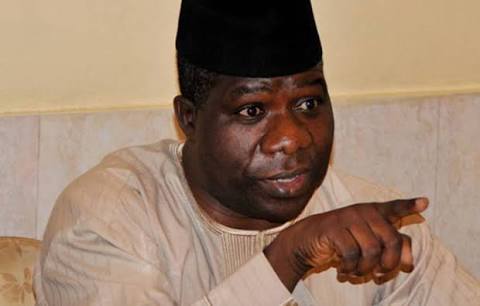 Details of Quarantine Act Regulations No. 2 of 2020 Signed by President Buhari