Ekiti State First Lady, Erelu Bisi Fayemi has called on government at all levels to demonstrate political will at ending sexual violence in the country.

Erelu Fayemi spoke in Abuja during the federal government’s launch of the Sexual Offender Register, a database of those convicted for sexual violence, in Abuja on Monday.

The event was part of activities marking the 16 days of activism to end gender based violence.  The Sexual Offender Register  will contain the names of all those prosecuted for sexual violence since 2015.

The Ekiti State First Lady who acted as moderator for the panel session at the event, said that the greatest challenge facing the fight against sexual violence was lack of political will among the leaders.

Mrs Fayemi called on the Federal and State governments to demonstrate enough political will in order to win the war against sexual violence in the country.

“We have a pandemic in our hands that is ravaging our cities and villages. No woman is safe. We need to see this issue as a very serious one. The political will should start from the leadership”.

She praised the Attorney General and Commissioner for Justice Ekiti State, Mr Wale Fapohunda for his commitment in fight against sexual violence and working with the Governor of Ekiti State in protecting the rights of Women and Child rights in the State.

According to Mrs Fayemi, Fapohunda commitment made Ekiti State the First State to open Sexual Offenders Register in the country.

Also speaking at the event, the  Minister of Humanitarian Affairs, Disaster Management and Social Development, Hajiya Sadiya Umar Farouq,  said that the opening of the register would serve as deterrent to men who find pleasure in assaulting women and young girls.

Hajiya Umar Farouq commended National Agency for the Prohibition of Trafficking in Persons (NAPTIP), the agency managing the database, the European Union (EU), British Council, and other financial partners, for ensuring that the sexual offenders register was put in place saying it would help in exposing culprits and deter the would- be culprits from such a crime.

In her remark, the Head of European Union Delegation to Nigeria and ECOWAS, Ambassador Ketil Karlsen and a Nobel Peace Laureate Laymah Roberta Gbowee said rape was a global phenomenon and not peculiar to Nigeria.

The duo commended the Nigerian government for her efforts at ensuring that rapists have no hiding place in the country.

In a related development, Erelu Fayemi also called on parents and guardians to safeguard their children and wards against violence and molestation.

The Wife of the Governor stated this at a welcome programme for the United Nations General Assembly (UNGA) President, Tijjani Muhammad-Band in Abuja.

Erelu Fayemi lamented the growing cases of sexual harassment of the girl – child daily, calling on government and stakeholders to enact laws and policies that would help to curb the ugly trend.

She explained that Ekiti State government accords priority to programmes that help to reduce molestation and violence against the girl – child.

The Ekiti First Lady however suggested that perpetrators of the bestial crime, needed to be examined in psychiatric homes to ascertain their mental status, adding that, their victims could be anybody irrespective of their age.

ALSO READ  Sowore To Remain in DSS Custody Till Friday

“Sometimes children below 10 years and women above 60 years of age could be their victims respectively,” she noted.

A candle light procession was held in honour of victims of Gender Based Violence (GBV) as parts of the event. 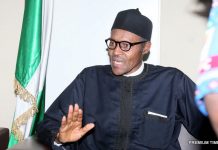 Group Cautions CAN Over Call for Sack of Service Chiefs, Hail... 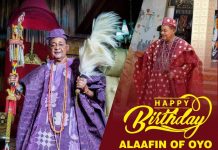 Bisi Ilaka Felicitates With Alaafin of Oyo at 80 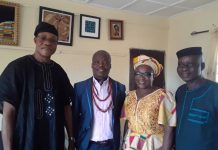