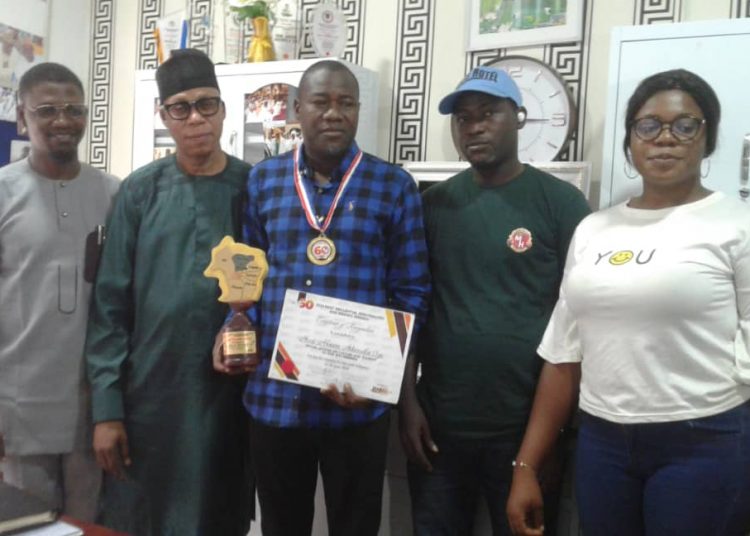 382
SHARES
3.5k
VIEWS
Share on FacebookShare on TwitterShare on WhatsApp

The Ibadan Media, has honoured the Special Adviser to Oyo State Governor on Culture and Tourism, Hon. Ademola Akeem Ige as one of the recipients of its 2020 edition of 60 most influential personalities and brands award in Oyo State.

The award was confered on him in recognition of his meritorious service, influence and invaluable contributions to the growth and development of Ibadan land in one part, Oyo State and society as a whole in the outgone year 2020.

While presenting the award, the CEO,Ibadan Media limited organizer of the most influential personalities award, Mr Ola Olanrewaju explained that Hon. Ige was carefully chosen among those that were selected for the award for always contributing meaningfully in the lives of others especially the youth since he was council Chairman up till his present appointment as an Advisor to the Governor, urging him not to relent in doing so wherever he finds himself.

Reacting to the award, Hon. Ige commended the organizer and his team for recognizing the people that have contributed positively to the growth of Ibadan and Oyo State, stressing that the award would go a long way in motivating him to do more.

He explained that what the organizers have done has shown that Nigerian youths are not lazy as being insinuated by some leaders, stressing that what the youth need is little encouragements by those in power to exhibit their God given talents for the progress and development of the country.

He, however, urged the youths in the State not to allow themselves to be used as agent of destruction by some unscrupulous elements who consider themselves as opposition and are bent on destroying the good work currently being done by the Oyo State Governor, Engr Seyi Makinde who is poised to ensure that the State witnesses accelerated development in all ramifications within the shortest possible time.