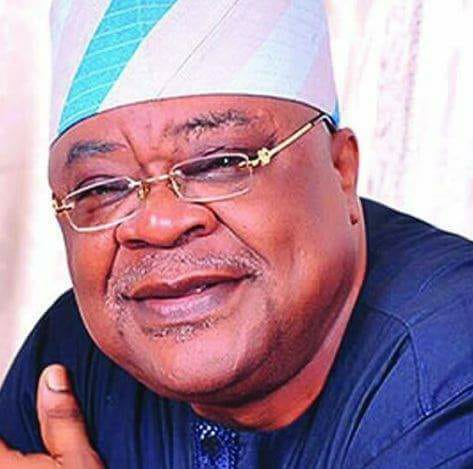 Gubernatorial Candidate of Action Democratic Party in Oyo State Otunba Adebayo Alao-Akala has assured the people of Oyo state of the full ownership of the troubled Ladoke Akintola University of Technology, Ogbomoso within the first 100days of his administration.

Otunba Alao-Akala gave this assurance today in a brief chat with Journalists at the Nnamdi Azikwe International Airport, abuja before departing for Ibadan.

The former Governor who was in Abuja to finalise documentation of his Candidature of the Action Democratic Party as it’s flagbearer during next year’s general elections pursuant of INEC guidelines said he has the solution to the problems bedevilling the Institution which has been crisis ridden for years.

According to him, Lautech is part of my administrations agenda on Education once I assume office as Executive Governor of Oyo state.

Our Policy on education will put an end to the current rip-off the People of Oyo state are currently passing through in the name of all sorts of fees parents are made to part with despite claims of free education policy of the state Government.

If you check our first four years, that is between 2007-2011, education was free from Primary to Secondary school and when I say free, it was totally.

We made sure Bursary and Scholarship Board was fully functional and effective to cater for the needs of the students across Board.

Our Polytechnic was well funded and same thing for the College of Agriculture at Igboora.

The colleges of education was at its best and we did not starve them of funds.

Don’t forget that I’m talking about Seven years ago when the allocation we got then was a far cry from what they are getting now.

I can assure you that the documents for the take over of Lautech is ready and within the first 3 months everything will be sorted out.

Lautech will be fully owned by Oyo state and I challenge you to take me up on this when the time comes.

Asked on how he Intends to fund the Institution upon assuming full ownwership,

Otunba Alao-Akala declared that the IGR currently being generated by the state is enough to fund the education sector while also declaring that there is a Particular fund coming to Oyo state shortly that will cater for that.

I want to categorically tell you that funding Lautech is not going to be a big deal as I am not a new comer in matters affecting Oyo state.

I was Governor of Oyo state for four years and I know what comes to Oyo state and how it is being spent to the minutest details till date.

There is a Particular fund coming to Oyo state by June next year to the tune of 200Billion naira.

This fund will be used to revive the education sector of Oyo state right from the Primary to Tertiary level.

Backlog of salaries to the tune of 19months being owed lecturers of all our higher Institutions will be cleared at once, decayed Infrastructure will be taken care of and the Oyo state Education Trust fund we had then will be revived just like the federal government has its own TETFUND.

ALSO READ  Get on With Your job , Seyi Makinde Admonishes PDP Exco.

Bulk of this 200Billion naira I’m talking about will be in this trust fund while a particular percentage of our IGR, federal and local government allocation will also be kept in the trust fund to cater for our education sector in the four years I’m going to Governor of Oyo state God willing.