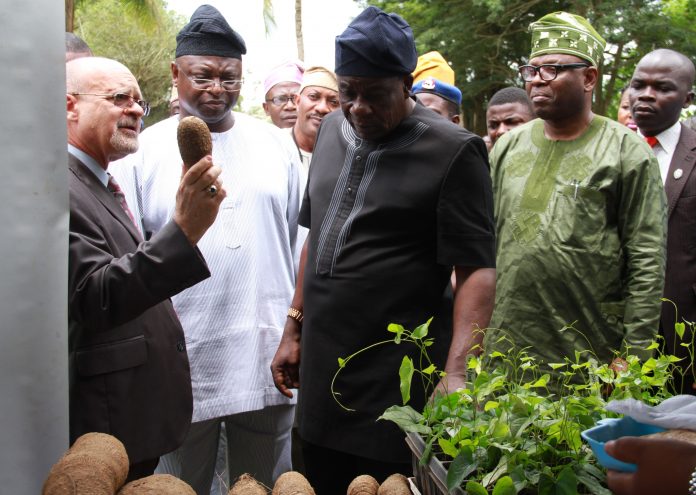 The Governor of Oyo State, Senator Abiola Ajimobi on Thursday called on Agricultural Research Institutes and other stakeholders to come up with innovative and proactive ideas that will enhance Agriculture development in the country, disclosing that the 28,454 arable land areas in the state remain as a veritable investment destination for local and global investors.

Governor Ajimobi, who spoke at the State Agriculture Investment Summit and Exhibition held at the Conference Centre, International Institute of Tropical Agriculture (IITA), Ibadan, said that the present administration in the state is very focused on the development of agriculture, reiterating that the importance of agriculture in nation building cannot be overemphasized.

He said that the summit with the theme: “Transforming Oyo State’s Agriculture and Agro-Allied Industry: Private Sector Participation,” was very apt at a time that the country is looking for a permanent solution to the problem of food insecurity, unemployment and retard in rural development as well as obsolete technology in our great nation.

The governor said, “It gladdens my heart that this summit is holding today and I am more delighted to note that though the State parades a lot of research institutions, this is the first attempt to synergize with the leading agro-based research institute in tropical Africa – IITA, from which we expect tremendous and realistic support and outcome.

“It must therefore be noted that once we succeed particularly by ensuring a demand driven solution, we would have consolidated our mission. This summit became imperative in order to bridge the gap among farmers, processors, agro allied industries, Government, agricultural/commercial banks and other stakeholders with the ultimate aim to trigger the Oyo State’s agro and agro allied sectors,” Senator Ajimobi said.

The Governor said that the state government has made modest efforts to buttress its unflinching commitment and determination for further agricultural development including the exploitation of value addition in the agricultural chain in Oyo State.

He said that the state government has developed twenty five (25) years Oyo State Agriculture road map as well as nine agro industrial parks in our forest reserves, saying that the state has a realistic Agricultural Land policy of 250,000Ha which provides for allocation of various hectares to individuals, groups and corporate Bodies for farming.

He noted that the present administration in the state has distributed 7.5 million latest hybrids of cocoa, maize and cashew seedlings to farmers for free as well as the provision of infrastructure for Extension Officers to strengthen extension service delivery to rural farmers.

The Governor said that the state government has engaged in the  procurement of 388 tractors and matching implements for mechanized farming; procurement and distribution of over 10,000 metric tons of assorted fertilizers and agro chemicals yearly at highly subsidized rates to farmers, establishment of linkage between Primary producers and processors (integrated value chain process), disbursement of over one billion naira loan to farmers to enhance farming activities in the State and collaboration with FGN and International Development Partners/Agencies for further infrastructural development.

In his remarks, the Deputy Director of IITA, Dr. Kenton Dashiell called for motivation of Agro dealers to create opportunities for private investors in the agriculture sector.

In his address, the state Commissioner for Agriculture, Natural Resources and Rural Development, Prince Oyewole Oyewumi said that Agriculture is no longer being practiced for private consumption but now a major enterprise that drives the economy of developed countries

He said this necessitated the reason why the state government commenced investigation on how agriculture could be used to benefit the industries. 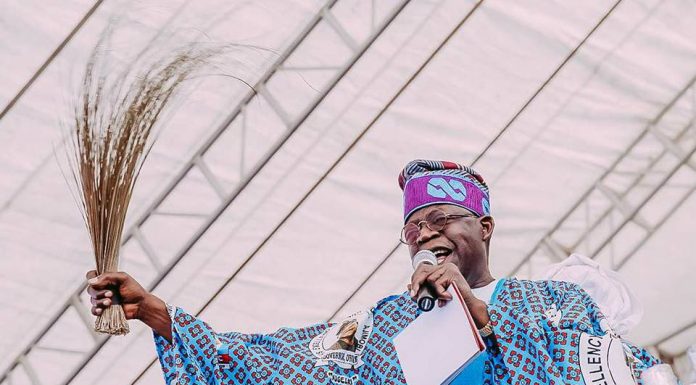 APC Adopts Direct Primary For Presidency, Indirect For Others