A Nigerian asylum seeker in Europe has blown the lid off the mysteries surrounding what he described as his ‘miraculous escape’ from suspected Boko Haram insurgents in the country, about one decade ago.

The asylum seeker, Olusina, (surname withheld for security reason), in his reminiscences with some foreign journalists in his Manchester hideout recently, claimed to be a corporal in the Nigeria Police until the unfortunate incident in 2009 that compelled him to flee from the terrorist killer group, for dear life.

Olusina recalled with nostalgia how he actually missed death by the whiskers from one of the suspected Boko Haram insurgents precisely in January 2009 when he ((Olusina) spiritedly foiled their diabolical moves to make inroads into South West, Nigeria via Ekiti State and consequently infiltrate the forests in the guise of being herdsmen.

According to the former Nigerian policeman, luck ran against those suspected expansionist invaders as “their unholy move” had earlier leaked through intelligence.

“As at that time, I was a corporal in the ‘B’ Department (Operations) in the Ekiti State Police Command, Ado-Ekiti, where the secret leaked to us through intelligence gathered during surveillance”, Olusina told his interviewers.

Olusina however stated that, to his dismay, he thereafter became a target of the insurgent gangsters, being the arrowhead of that security intelligence, “for having the audacity to foil their sponsored decoyed moves.”

His words:  “Ordinarily, I had expected my superior officers to rise up to the occasion by prosecuting to the letter those arrested in the incident.  Unfortunately, virtually all of them got off the hook in unbelievable circumstances.

“Ever since, to my utter surprise, the suspected Boko Haram insurgents became more emboldened and perceived me as their No.1 enemy in that part of the country who must be exterminated at all costs.

“Consequently, their threats to my life became more and more intense as I later discovered that the terrorist gangsters were even working in consonance with some faceless powerful backers at the background.

“And when the threats became more deadly, I had no other option but to flee Nigeria, for dear life.”

Speaking further, Olusina alleged that even in his hideout in the UK, he still lives with nightmares till date.

According to him, he is yet to recover from the shock of an incident on August 16, 2018 when some unknown people, for reasons best known to them, set his car on fire in Manchester, an ugly development which, he said, he instantly reported to the Greater Manchester Police.

Olusina submitted that he was formally applying for asylum in the United Kingdom to guarantee his safety. 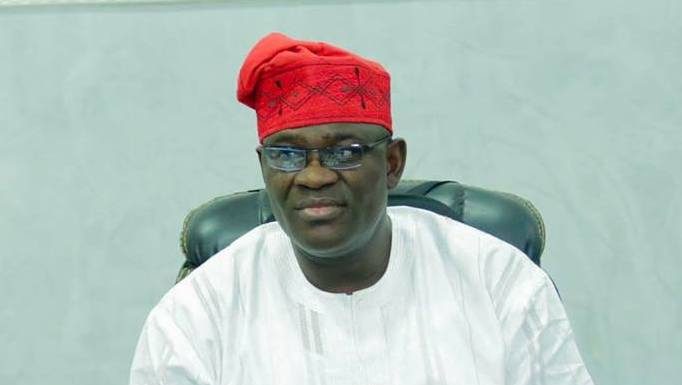 Alao Akala At 70: A Reflection By Adewuyi Adegbite

Read About Alternative Herbs That Can Cure Coronavirus Prescribed by Ooni