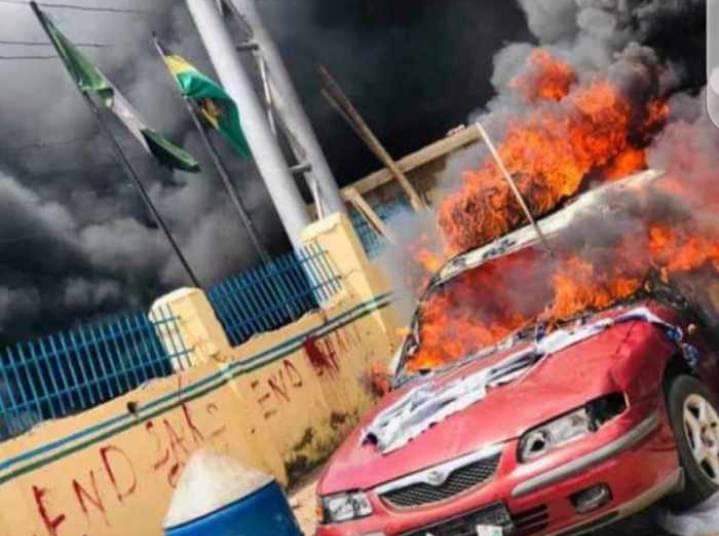 482
SHARES
5.8k
VIEWS
Share on FacebookShare on TwitterShare on WhatsApp

While parading the suspect t at the state police headquarters, Eleyele, Ibadan, CP Joe Nwachukwu Enwonwu
stated that six police officers were gruesomely murdered, five divisional police headquarters and patrol vehicles were burnt while many police arms and ammunition were carted away by the criminals.

The police boss therefore advised members of public to report anyone with illegal fire arms to the police.

Exhibits recovered from them were one Small generator set, nine wall clock belong to the division, One Bajaj motorcycle, one hero 125 motorcycle and one TVS motorcycle with registration number DGB 215QK.