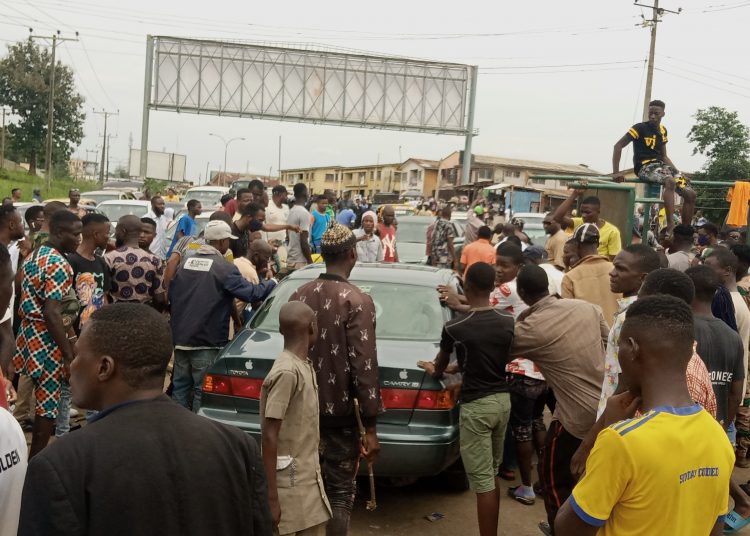 268
SHARES
5.6k
VIEWS
Share on FacebookShare on TwitterShare on WhatsApp

Again, business activities and vehicular movement were brought to an halt early Tuesday morning, as some roughneck hoodlums were again seen at different locations in Ibadan exploiting the ongoing #EndSARS protests, forming “toll gates” across streets and preventing movement.

In Ijokodo, Eleyele Mokola, Bodija, Sango iwo road  areas of ibadan, among other major areas of Ibadan, the Oyo State capital, were totally shut down by these protesters.

Traffics in the areas were congested as workers who were on their ways to work suffered innumerous difficulty as the protesters insisted that no one would advance to their destinations.

According to a National insight reporter, from idi-ito, through arola, oke itunu area, hoodlums are seen forming barricades at almost every 100 metres distance to extort car drivers and motorcyclists by requesting various amount from motorists and okada riders.

Using tyres, planks, sticks, blocks, stones, with some also seen harrasing the citizens who refused to pay their demands

The #endSARS protest which started few days ago has turned into a movement demanding for president Buhari’s resignation or put an end to bad governance.

ALSO READ  I Am The Christ of This Time, Says Satguru Maharaj Ji
Tags: EndSARS