Home News Hold government accountable for promises not kept, says ASUU
Share on Facebook
Tweet on Twitter
The University of Ibadan Branch of the Academic Staff Union of Universities (ASUU) on Tuesday re-elected Dr Deji Omole as Chairman of the Branch for a second term of two years.
Dr Omole in his response swiftly called on Nigerians to stand up for their rights and hold the present government accountable for promises not kept.
He noted that ASUU, unlike Nigerian politician who will say one thing and do another, ASUU as union of intellectual would always fight for the right of the downtrodden.
Omole noted that current administration seems to be taking Nigerians for a ride and prioritizing the lives of cows more than the enshrined right to live of Nigerians in the constitution saying that Nigerians must be ready to hold government accountable for their lapses.
The Decision was of Omole’s re-election was taken at the Biennial Congress of the Union held at Art Theater of the Premier University presided over by the Zonal Coordinator, Dr Ade Adejumo.
Omole who has championed several ASUU struggles in the last two years of his chairmanship got a nod to continue owing to what the Congress described as exemplary performance.
The Chairman of the Electoral Committee Professor Akinpelu Olanrewaju Olutayo stated that all the positions were not contested for and were returned unopposed.

New additions to the executive are Ayo Akinwole (Investment Officer), Seun Garuba (Welfare Officer).
In his acceptance speech, Dr Omole who said he was elated by the enormous support from congress members promising to ensure welfare of members take front burner
“Let me on behalf of the new executives appreciate the congress for the confidence reposed in us. unlike the Nigeria politicians who will pledge one thing and will do another thing, but our agenda is that which is set by the Union.
The interest of all will be protected within the code of practice of the National. We have to struggle and fight for our rights and fight for good governance in Nigeria. All Nigerians must stand up and ensure that those governing us treat us as human beings with fundamental human rights. If our government is shirking in any of its responsibilities, we must hold them responsible”.
ALSO READ  IPPIS: ASUU Hails Members For Complying With Directive 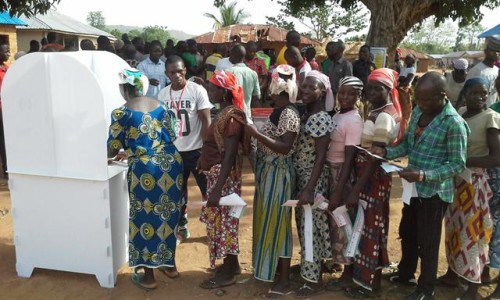 Breakdown of Registered Voters in Nigeria