Aare Ona Kakanfo of Yorubaland , Aare Gani Adams has said he will not keep silence in the face of tyranny and underdevelopment of Yoruba land

Just as he warns terrorist masquerading as herdsmen not to  take accommodating nature of yorubaland for granted.

Adams while speaking at the annual Leadership training retreat organized by Oodua Progressives Congress in Ibadan, Oyo state also cautions detractors of Yoruba race from causing division and crisis in Yorubaland or continue at their peril

The National leader of Oodua People’s Congress while decrying the level of underdevelopment in Yorubaland said, the region deserve to be far better than  the state it is now, we are rich,  Lagos – Ibadan express road should not be taking this long before completion ‘ he said .

Speaking further on herdsmen attack in Yorubaland, The generalissimo of Yorubaland  urge OPC  members not to go launch attack on any herdsmen in their abode but resists any attempt to destroy  farmland or kill  our people.

‘Strangers have right to do business in any part of the country, but using their own business to destroy our own economy and life is what we will not tolerate”.

He however urge the OPC members not to engage in any violence act to maintain peace and ensure safety and progress of Yorubaland  “  please avoid any form of violence, let us continue to promote peace and tranquility and  progress of yorubaland. “

The OPC leader also harps on the need for members to  always  seek for  knowledge and  be moderate in their dressings, approach to issues and appearance at occasion , ‘  your appearance and the way you communicate matters  a lot,  it  will determine how people will  treat you and relate with you.”.

Oyo state coordinator of the Oodua People’s Congress, Comrade Rotimi Olumo, in his welcome address  said the lecture is organized to  update the knowledge of members on the important of leadership in the society and how to move the group forward .

The guest lecturer , Dr .Biola Ayankunb I in his  lecture entitled ,  Leadership and Teamwork  said every member of organization must work in tandem with the focus  and effort of those saddles with leadership position so as to achieve meaningful development and progress. 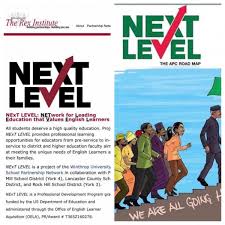 2019: Beyond ‘Next Level’ and ‘Getting Nigeria Working’ Oludayo Tade

Reminiscence on June 12 Struggle and its Imperatives. Dr. Kayode Fayemi

‘Go out En-mass And Vote Candidate of Your Choice’  – Olubadan