Senator Shehu Sani representing Kaduna Central at the upper chamber of the National Assembly on Tuesday said  said his greatest worry now is the success of President Muhammed Buhari which every patriotic Nigerian must do all he can to support him to succeed because if the President fails, Nigeria would be heading to a revolution.

The Senator while speaking with journalists in Kaduna said any right thinking Nigerian would support President Buhari to succeed considering the enormous challenges before him as a result of the rot he inherited.

The Senator said he is living true to himself as one who comes from a background of political and human right activism for over three decades. He asserted that he has nothing to fear on the political scene because he has always been with the people who are his focus and remains with them now, and would always be with them even after political office.

“I don’t believe in speaking when it is only convenient but I speak always when there are issues to speak about and the need to do so.

“I have been in activism for the past three decades and have been true to myself, hence my mingling with everyone even now as a Senator”.

Sani asserted that those alleging that he has ambition to be Governor in 2019 are not right as “Political is not my career and would never be. My career is my conscience and conviction”. The Senator said here, now and the condition of the people is his concern and would do all he can, within his strength to alleviate their suffering.

“History has no record of those who whisper to power but rather those who talk true to power” he stressed.

“For a man who is arrested and jailed in defence of democracy, why can’t iiI speak ideal of democracy” the Senator retorted.

“Why would a Governor issue a licence for religious preaching? Why divide labour union? How do you identify which preaching is favourable and not? Who defines instigation?” He asked rhetorically making allusion to the religious regulations bill generating heat in the state.

Sani stressed that people made sacrifices to sustain this democracy, “so you don’t just wake up and mess them around”.

He identified three stages of Nigerian struggles; the de-colonisation of Nigeria with the fight of colonialists, the Nigerian civil war when many lost their lives, and the struggle for democracy by fighting the varied military junta.

He stressed that there must be decorum in governance. A leader must be humble and not arrogant to the electorate.

He advised the forum to engender debate; a debate that would enlighten the public. 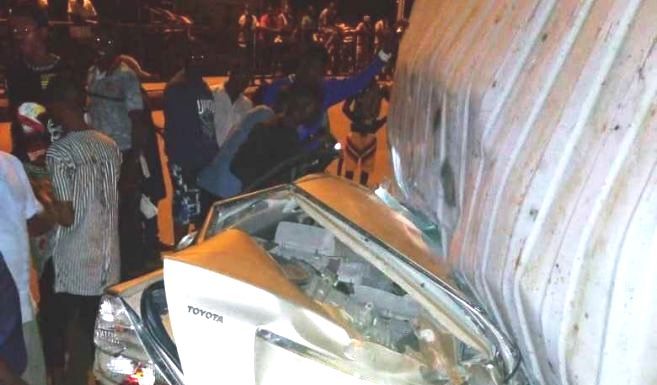 Read Reasons Why OAU Sack Professor Over Sex for- Mark...