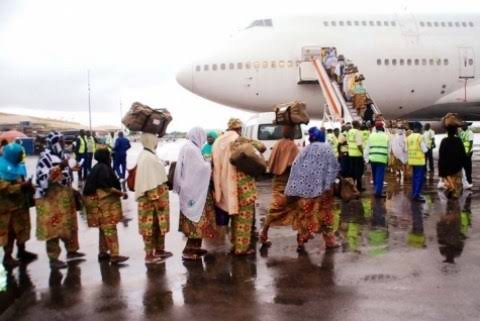 27
SHARES
340
VIEWS
Share on FacebookShare on TwitterShare on WhatsApp

A  32-man screening committee for Air Carriers that would transport pilgrims to the 2019 Hajj has been inaugurated by the National Hajj Commission of Nigeria .

This was disclosed by Head, Public Affairs Division of NAHCON, Mrs Fatima Usara, in a statement on Wednesday in Abuja.

About seven air carriers applied for the 2019 Hajj airlift exercise.

Usara said the 32-man committee would assess the applications of air carriers in order to select suitable passenger air carriers as well as cargo freighters for the Hajj.

According to her, the Committee has members drawn from aviation agencies, financial crimes institutions, customs, and Office of the Secretary to Government of the Federation.

Other members include NAHCON Board members and representatives of Chief Executives of State Pilgrims’ Welfare Boards.

She said that the Executive Chairman of NAHCON, Alhaji Abdullahi Muhammad, reminded the committee members that their job was a trust on behalf of pilgrims.

Usara said that the committee was also advised to be guided by the criteria in determining those carriers that would qualify for the slots.

She added that the air carriers were lauded for declaring interest to participating in the transportation of Nigerian pilgrims to Saudi Arabia.

“As for those who will scale through the screening, I urge them to explore the possibility of doing business with Private Tour Operators in conveying their pilgrims numbering up to 20,000.

Doing this will reduce the hitches experienced yearly from that sector.”

Anything Short of Credible Election is Dangerous for Democracy – Gani Adams