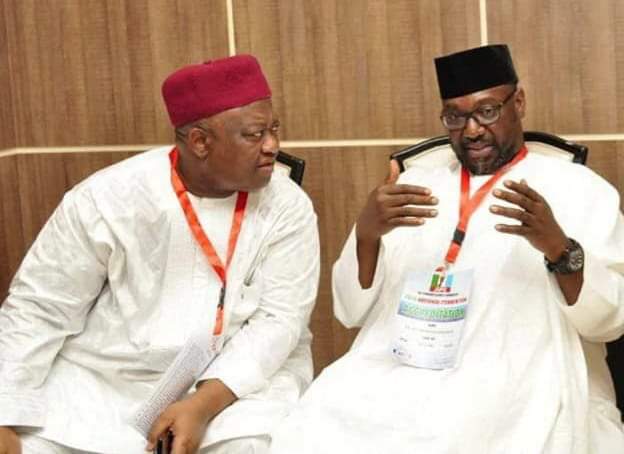 543
SHARES
3.5k
VIEWS
Share on FacebookShare on TwitterShare on WhatsApp

Governor Abubakar Sani has received with rude shock the news of the demise of the Founder and Chairman of Leadership Newspaper Sam Nda Isaiah.

The Governor in a statement signed by his Chief Press Secretary Mary Noel-Berje said “an iroko tree in the pen Profession has fallen and Niger State has once again loss a passionate and dedicated citizen”.

Governor Sani Bello described the deceased as an exceptional media mogul who demonstrated courage in his write ups adding that he was also a successful entrepreneur and politician who will be greatly missed.

The Governor who prayed God to have mercy on late Sam and rest his soul also prayed for God’s comfort on the All Progressives Congress APC, People of Niger State, the Media industry, family and close associates of late Sam Nda Isaiah.

Born in Minna, Niger State Capital on May 1, 1962, late Sam was a passionate newspaperman and pundit, his column, “Last Word” with a footnote, “Earshot”, was a must read. He started the column as special writer and editorial board member of Daily Trust, before he founded LEADERSHIP Newspaper.

ALSO READ  How To Lose Weight Without Going To The Gym

The deceased was also a pharmacist and entrepreneur with many successful businesses.

He was also a founding member of the All Progressives Congress (APC) and aspired for presidential ticket under the same APC for 2015 elections.
He was a the Kakakin Nupe, a traditional title in the Nupe Kingdom.