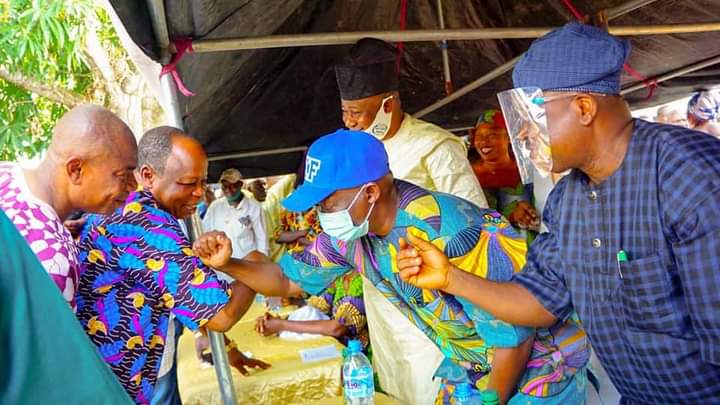 72
SHARES
4.8k
VIEWS
Share on FacebookShare on TwitterShare on WhatsApp

The four weeks exercise which will take place simultaneously in all the wards in the 36 States and the Federal Capital Territory (FCT) commence on December 12, 2020 and end on January 9, 2021

“Surulere and Ogo Oluwa Federal constituency have never failed us, during last election APC won here and we are sure of continuous winning in this constituency and i am sure you will not labour in vain.

Hon Odebunmi representing Ogo Oluwa/Surulere federal constituency while speaking at the meeting assured his constituents of more dividends of democracy and quality represention at the National Assembly.

“God has through the mandate you’ve been giving me in the previous elections facilitated so many things and development to many communities in this constituency, i have been able to light up many ancient communities with electricity and Solar powered light, drilled many boreholes, constructs schools and facilitates vocational training for thousands of constituents as well as empowering farmers, artisans, and professionals in this constituency

The third term Federal rep member who is also the chairman House committee on Information, National orientation, Ethics and Value however assured them that ‘ I will continue to do more, let your loyalty to APC be total, the more we win the more we benefit, from the APC led federal government.

Some of the stakeholders at the meeting commended Hon Odebunmi for his commitment and urge him not to relent in his efforts in making his  constituents especially the youths and farmers to be economic independent.

The meeting was  also attended by representatives of former governor of Oyo State, Otunba Adebayo Alao Akala who also assured  that the party will win  emergence victorious in the coming election.