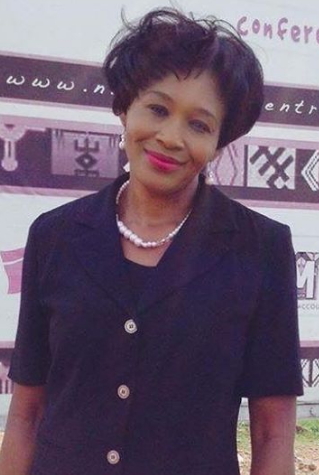 Kemi a controversial blogger was charged with cyber crime on account of a recent post in which she accused David Ibiyeomie, a pastor based in Port Harcourt, the capital of Rivers State, of adultery.

Though some celebrity and foreign journalist and others have pleaded for her release, more people have joined in condemning her continuous detention and pleading for her immediate release

A civil society group, Enough is Enough, EiE, recently  revealed popular US trained journalist, Kemi Olunloyo is still being held in prison because she is unable to meet her bail conditions.

While a magistrate court granted her bail a Federal High court in River state  denied her bail .

Here are some of the comments :

I hereby lend my voice to the campaign to free Kemi Olunloyo, daughter of a former Governor of Oyo State.Before I proceed any further, I must state unequivocally that Madam Kemi, a blogger, has not been a person of pristine character. Her behavior, words and actions have turned out condemnable in many instances. And the easiest thing to do is to ignore her in her present ordeal with the hope that she will learn her lessons.

However, the Kemi Olunloyo actions are only outweighed by a greater evil meted to her and that has led to her incarceration. In the heat of the allegations of sexual immortality reported against “Apari” Suleiman, Kemi got a story from a Portharcourt blogger on a leading Pastor in that city who has also been in compromising positions with a well known lady in the city.

Kemi promptly published the story on her blog as facts. Kemi has a long history with vilifying Nigerian leading pastors and this person was just waiting for her. About a week ago, armed police men invaded Kemi Ibadan home and carted her away to a PH prison. She has been arraigned before a judge but has been unable to meet her bail conditions. She was eventually released yesterday only to be rearrested again.

It is just being reported that some lawyers are seeking to get her released on pro bono. Kemi’s relations with her aged parent and siblings is frosty, having accused her father of being in the occult. And it is believed that the Pentecostal pastor is behind her ordeal in PH.

Despite all these, I think Kemi Olunloyo should be released. The reason is BC Kemi and I have a lot in common. I am also an Ibadan blogger. I dey yab Pentecostal pastors too no be small. And I am a man in the flesh like that woman (Hebrew 13:3) . It is reported that her health is failing. She is over fifty and she has four grown boys. She deserves to be home with her family. If I am ever arrested for my trouble on Facebook, I’ll expect a similar campaign for my release.

More than anything else, Kemi should be released because a big man has succeeded in using money to deal with a little harmless person only because she published allegations on him. Our pastors don’t know anything about turning the other cheek these days. Money speaks for them. And this is the reason all persons, with any milk of kindnesses at heart, must overlook Kemi former malfeasances and seek her immediate release.